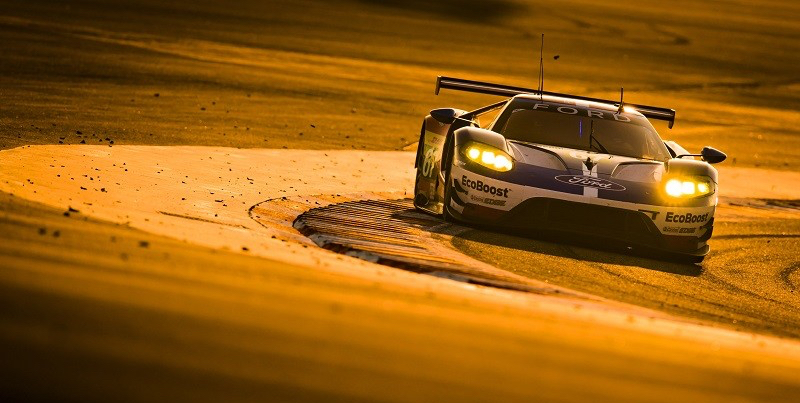 The No. 67 and No. 66 Ford GTs finished Saturday’s ‘Bapco 6 Hours of Bahrain’ in fourth and sixth positions, netting the Ford Chip Ganassi Racing team second overall in GTE Pro in its inaugural FIA WEC season.

The Ford GT looked poised to take the championship in its first season of endurance racing after taking back-to-back victories in Japan and China, but came up short in Bahrain. The two cars ran fourth and sixth for nearly the entire race, with the No. 67 running as high as third before getting edged out of the podium position of one of the AF Corse Ferrari 488s.

“It was a tough one for us today,” said Priaulx post-race. “I had a really difficult middle stint as I had a big fight with the Ferrari but I couldn’t hold it back as they just had a lot more pace today than we expected. Ultimately I think we took the maximum out of this event, not making a single mistake and leaving nothing on the table. Today though we drove with a blunt sword as we were heavy and slow because of the BoP. I want to say that it has been a great season and I am delighted with where we are now and how far we have come since the start of the year. We’re a solid unit now, a proper race team. I am very happy with the way we have all developed as a team and I have a lot of optimism for the future.”

All-in-all, Ford walked away from its first ever FIA WEC season with three wins, including a victory at the 24 Hours of Le Mans and three podiums. Aston Martin and the V8 Vantage GTE claimed top honors for the team championship, with the AF Corse Ferrari team rounding the top three.