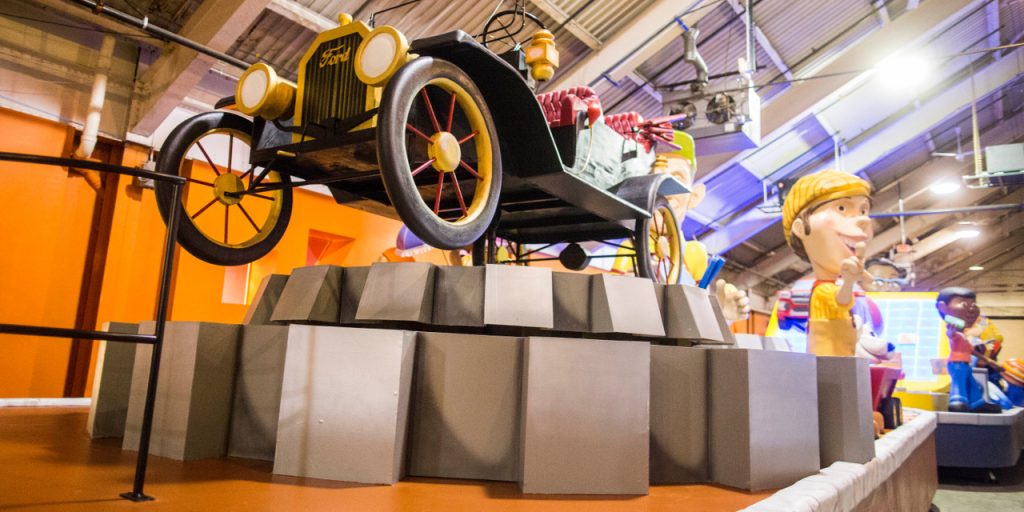 It’s called “Mobility One,” and it attempts to communicate more than 110 years of Ford history in a single space with sculptures and twelve giant, embedded screens. The timeline starts with company founder and namesake Henry Ford, and stretches into the digital age, with the birth of Ford’s so-called “Smart Mobility” plan and the automaker’s future with regard to autonomous vehicles.

Even without the new float, the Ford name will be written all over the parade this month. A fleet of forty F-Series pickups, Mustangs, and Explorers will be leading the festivities, and Ford has just announced a three-year extension of its sponsorship deal with The Parade Company – producers of both America’s Thanksgiving Parade® and the Ford Fireworks.

“Ford will always be a leader in supporting events such as America’s Thanksgiving Parade® that bring our region together,” says Ford Motor Company Fund President Jim Vella. “We’re proud to announce our renewed commitment to not only continue supporting the great tradition of the Thanksgiving Day parade, but also the annual Ford Fireworks.”

America’s Thanksgiving Parade® in Detroit is among the largest and longest-running Thanksgiving parades in the country. It will be televised locally on Thanksgiving by WDIV-TV, and broadcast live on the radio on WJR-AM and WOMC-FM.