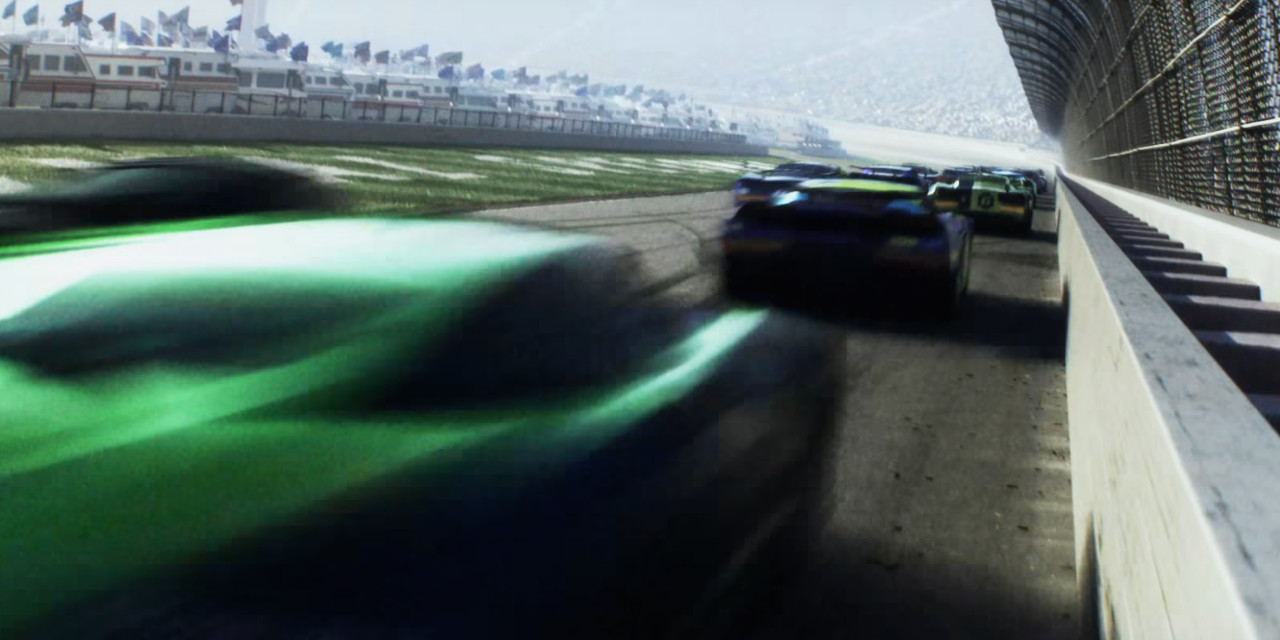 Lightning McQueen is coming back to the silver screen sometime during the summer of 2017 in Cars 3 – the third installment in Disney/Pixar’s popular Cars animated movie franchise.

It looks like McQueen – the main character in the series – is still styled after a Chevrolet Corvette C6. Sorry, Ford fans.

While perhaps not as intellectually-stimulating for adult racing fans as, say, sitting down to watch the 24 Hours of Le Mans every year, or taking in a documentary like David Gelb’s 2015 Mustang film A Faster Horse or Nate Adams and Adam Carolla’s new flick The 24 Hour War, Disney/Pixar’s Cars series is still darn good car-centered entertainment. Cars 3 looks poised to follow in the Pixar tradition of unfairly making audiences weep at the hardships of anthropomorphic objects; the teaser shows us right up front that Lightning McQueen at some point has a serious-looking crash.

We’ve been assured that no cars were actually harmed in the making of this film.

The teaser contains another hint as to what we can expect from Cars 3: a Corvette C7.R-looking McQueen rival wearing the name “IGNTR” on its rear. If you were hoping for more of a Chevrolet/Ford rivalry from this installment, you may be disappointed; we’d guess it’s more a story about new vs. old. We have to hope that Disney/Pixar have at least elected to bring back Brent Mustangburger – a 19641/2 Ford Mustang coupe who provides racing commentary for the fictional Racing Sports Network.

Trivia: Brent Mustangburger is based on – and voiced by – real-life racing broadcaster Brent Musburger.

Get Your Checkbook Ready For An Unreal Ford Collection At Mecum