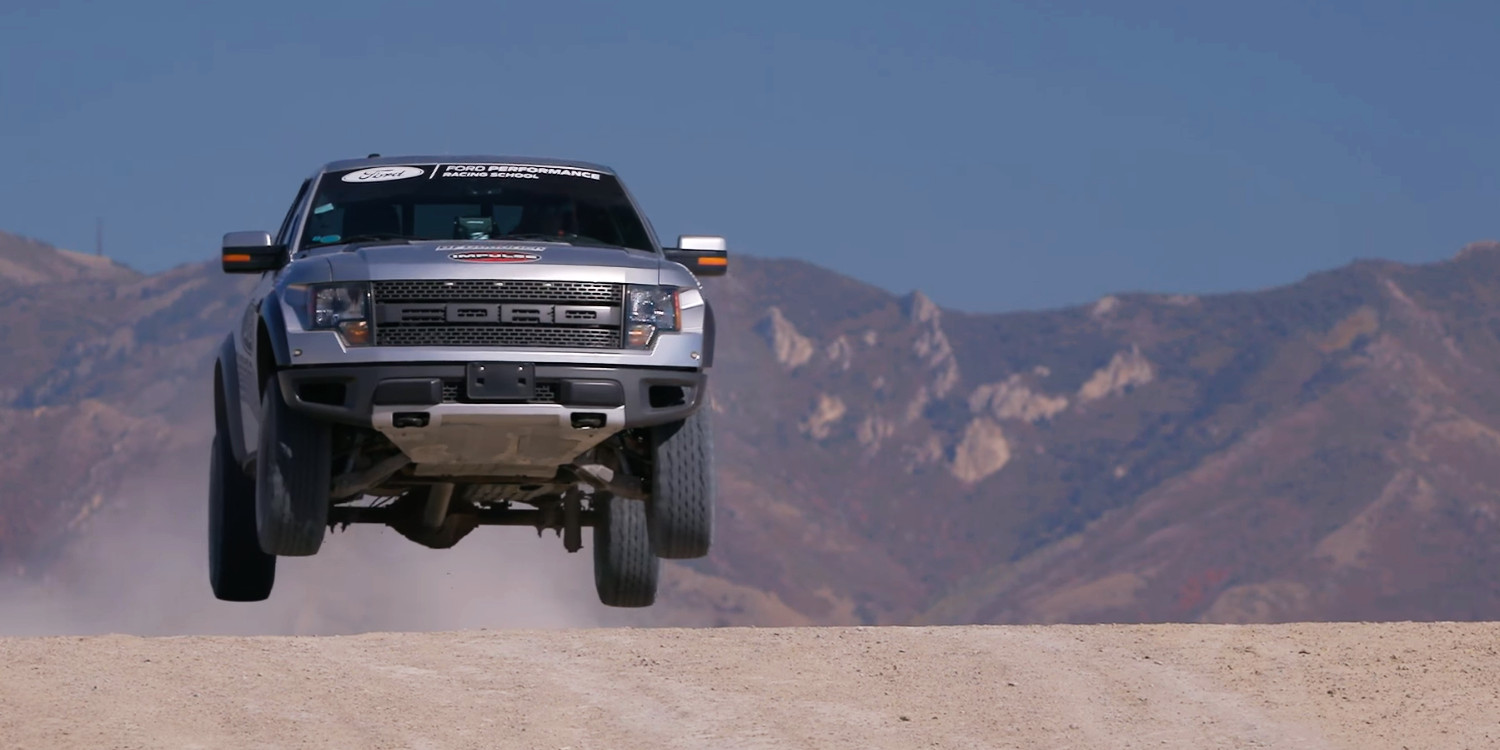 Despite having 90-some total race wins to his name, professional racing driver Randy Pobst seldom ever leaves the tarmac in a performance vehicle – save for when he has a crash, we suspect.

But in the latest episode of Motor Trend‘s “The Racing Line,” it’s all dirt and gravel when Pobst learns the fundamentals of off-road racing from the cockpit of a Ford SVT Raptor. In the process, we learn a little bit about how to corner quickly on loose ground and how to balance a vehicle over some roller bumps using the throttle, set to the soundtrack of the old SVT Raptor’s burly V8.

The new, 2017 Ford F-150 Raptor gets no such V8, instead making do with a twin-turbocharged, 3.5-liter EcoBoost V6, and that’s sort of sad from an auditory perspective. However, the new engine is rated at 450 peak horsepower with 510 lb-ft of torque, which is about 40 horsepower and 75 lb-ft better than the 6.2-liter V8 in the old Ford SVT Raptor. That ought to keep fans pretty well sated.

Be sure to catch Randy Pobst learning the basics of off-road racing in a Ford SVT Raptor in the video above.

This Ford Expedition Commercial Leaves No One Behind: Video