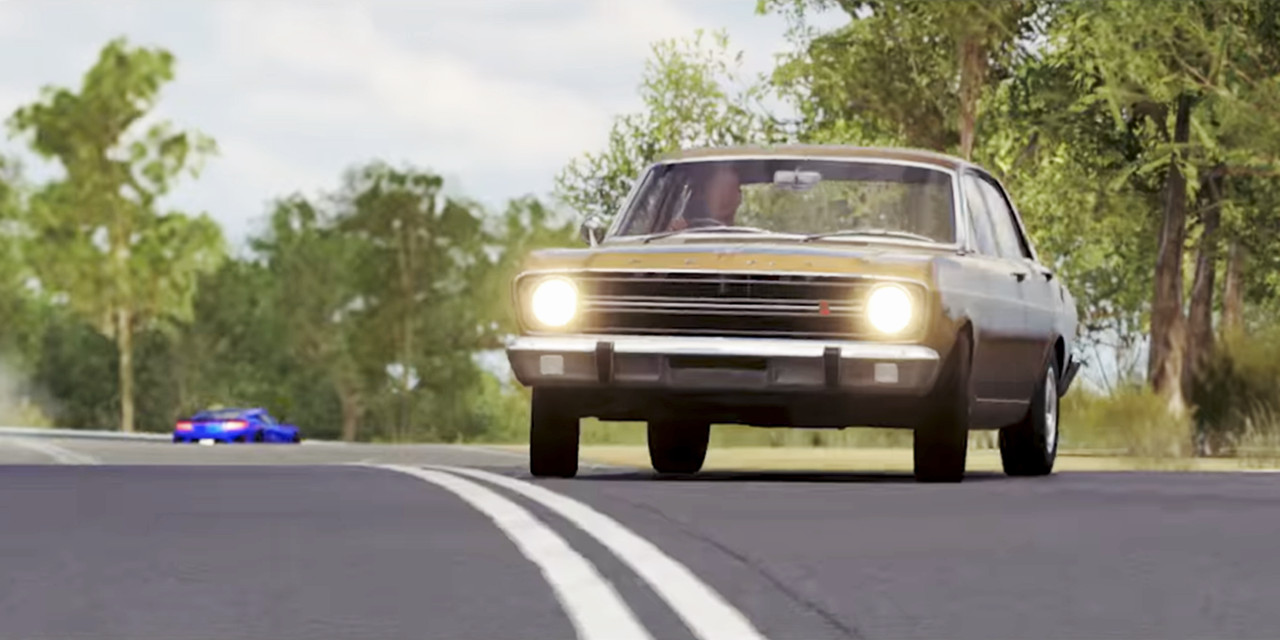 Earlier in the month, the makers of the Forza Horizon 3 video game for the XBox One console announced a new, downloadable “Alpinestars Car Pack” with a welcome bit of virtual machinery: the 1967 Ford Falcon XR GT.

Powered by the same 289-cubic-inch V8 then in-use by the Ford Mustang, the Ford Falcon XR GT shipped exclusively with a manual transmission, and undeniably left its mark on the world of motorsport. Two examples were raced at the 1967 running of the Bathurst 500 production-car race, and together, the two cars captured first- and second-place finishes after battling it out with a trio of Alfa Romeos. The victory was “groundbreaking,” says the Forza Horizon 3 team, as “the course had previously been considered too difficult for a full-bodied car like the Falcon.”