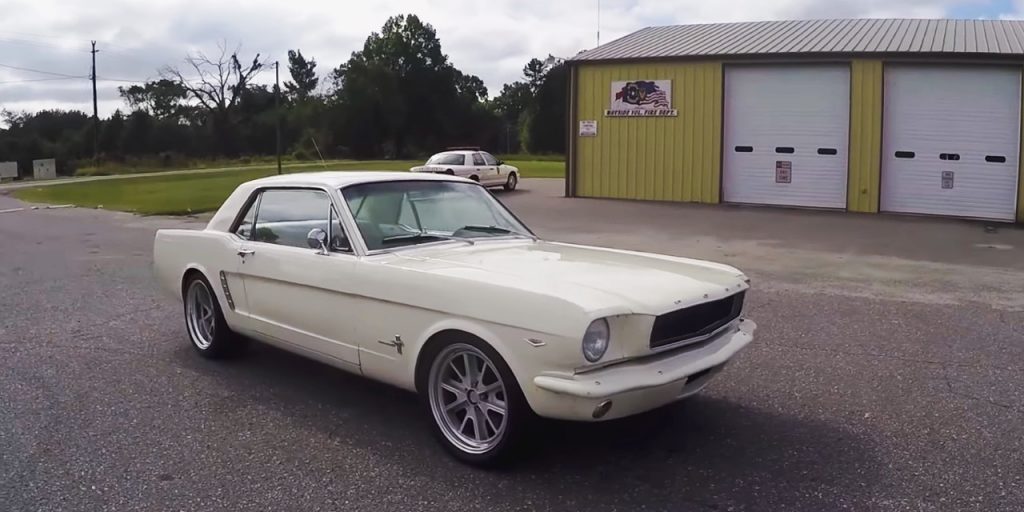 If ever you find yourself looking to turn a vintage project vehicle into a top-notch cruiser for the 21st century, you might turn to Detroit Speed, Inc. Founded in a small, two-car garage in Detroit in the early 2000s, Detroit Speed now operates out of a more proper warehouse in Mooresville, North Carolina, producing and dealing high-quality parts for restoration and modification projects, as well as performing custom fabrication work.

In the latest episode of The Smoking Tire‘s “One Take,” Matt Farah is lucky enough to drive one of Detroit Speed’s expertly-executed creations: a modified 1965 Ford Mustang.

You wouldn’t necessarily know this classic Ford Mustang has been modified just by looking at it. The body is original, save for a new floorpan; no hood scoops or wide body kits here. But poke around enough and you might spot the pony car’s new Leaf Spring Mini-Tub Kit and prototype front suspension with JRi coilovers. Pop the hood, and you’ll find a carbureted Roush/Yates 302 producing about 325 horsepower, which is sent through a Centerforce clutch to a Tremec TKO five-speed manual.

And then, sitting at each corner are vintage-look 18-inch wheels enclosing modern disc brakes from Baer.

So what’s the end result of all this mechanical fiddling? Does Matt Farah enjoy his time in the captain’s chair of the Detroit Speed 1965 Ford Mustang? Watch the video to find out.