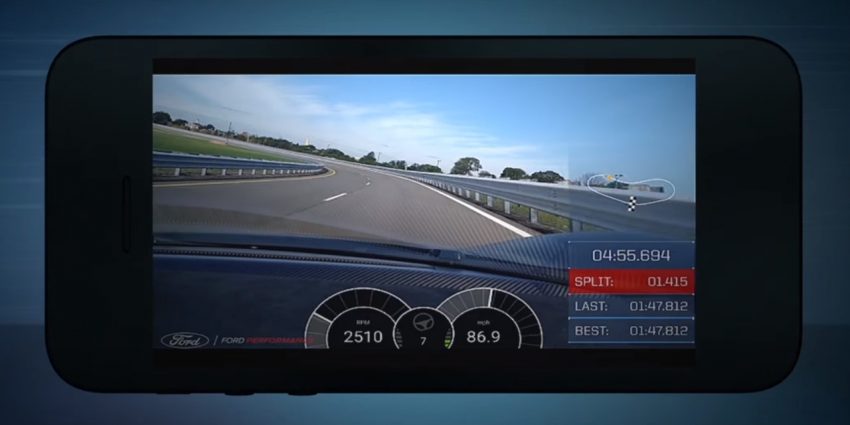 Ford Performance debuted a brand-new smartphone app at the 2016 SEMA Show this week, which puts track-based data-logging, analysis, and video capture at the fingertips of smartphone users. The app will debut for the 2017 Ford GT supercar before spreading throughout the Ford Performance lineup.

“Ford Performance wants to provide our customers a simple, shareable way to capture their track exploits,” says Ford Performance Director Dave Pericak. “The ability to take their track sessions with them everywhere they go and easily share their footage and data with friends is a huge benefit of our new app.”

The new Ford Performance App will be able to communicate with the SYNC 3 infotainment system, adding course overlays, timing stats, and virtual gauges that can be incorporated into shareable smartphone videos. Any data and video gathered can also be exported to a personal computer for analysis.

While any performance-loving driver ought to find the new Ford Performance App useful for its data-logging and video functions, the ease with which users will be able to share videos with course overlays, virtual gauges, and more means that just about everyone will be able to get a taste of the racing driver experience.

And so escalate the bitter rivalries between Ford Performance vehicle owners.