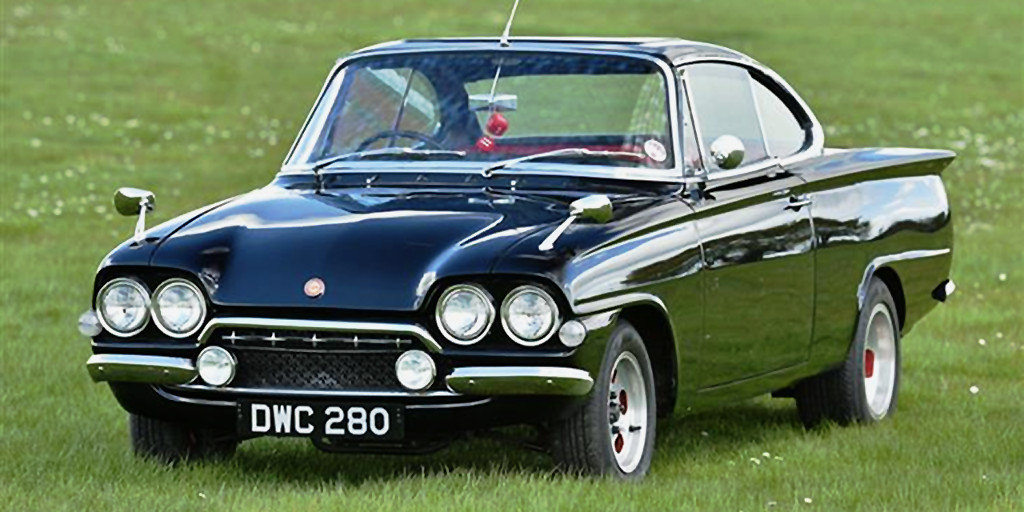 Looking for a rare, pristine vintage Ford to call your own in the United Kingdom? Look no further than this 1962 Ford Consul Capri being sold by Vintage & Prestige Automobiles Ltd. for the perfectly reasonable price of £25,000 – about $31,000 US at the current exchange rate.

The Ford Consul Capri was a two-door coupe version of the Consul Classic saloon, produced from 1961 to 1963. It was powered by a small four-cylinder engine, displacing 1,340 cubic-centimeters initially, and then 1,498 cc partway through 1962. The listing on Classic and Sports Car for this particular Ford Consul Capri doesn’t specify which engine powers this example.

With 50,700 miles on the odometer and just 150 miles completed since a thorough restoration, this Ford Consul Capri is a stunning, well-kept example of distinctive 1960s styling. In total, fewer than 19,000 examples of the Ford Consul Capri were ever built, making this car as rare as it is quirky.

Best of all, this one even retains its original tape player with a selection of cassettes.