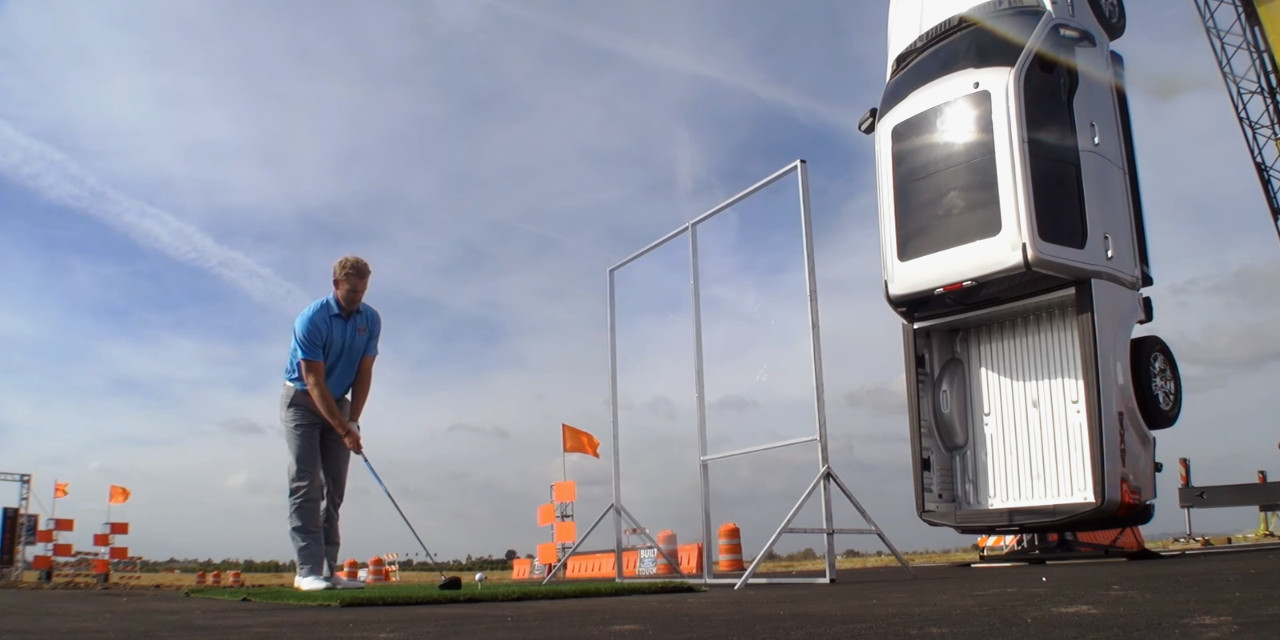 This “Tough Science” video is an oldie, but a goodie.

In it, Sport Science host John Brenkus rounds up a couple of Ford F-150 full-size pickups – one 2014 model with a steel bed, and one 2015 edition with an aluminum-alloy bed – and invites a few athletes to have a go hurtling projectiles at the two beds full-force. Those athletes are: hockey forward Bobby Arnold, baseball pitcher Erik Hamren, Olympic shot-putter Rutger Smith, and long drive champion Tim Burke.

Just one athlete might have done to prove Ford’s point about the strength of the 2015+ Ford F-150’s aluminum bed, but where’s the fun in that?

Contrary to our own expectations, the cargo bed in the later Ford F-150 seems to hold up to the abuse of these four athletes better than the steel bed of its predecessor. This begs the question: did Chevrolet engage in trickery when they published an ad showing how “easily” the new Ford F-150’s bed was punctured by a falling tool box? Or is the current Ford F-150’s aluminum-alloy bed just that much more dent-resistant than it is tear-resistant?

We may need to speak to a few more scientists.