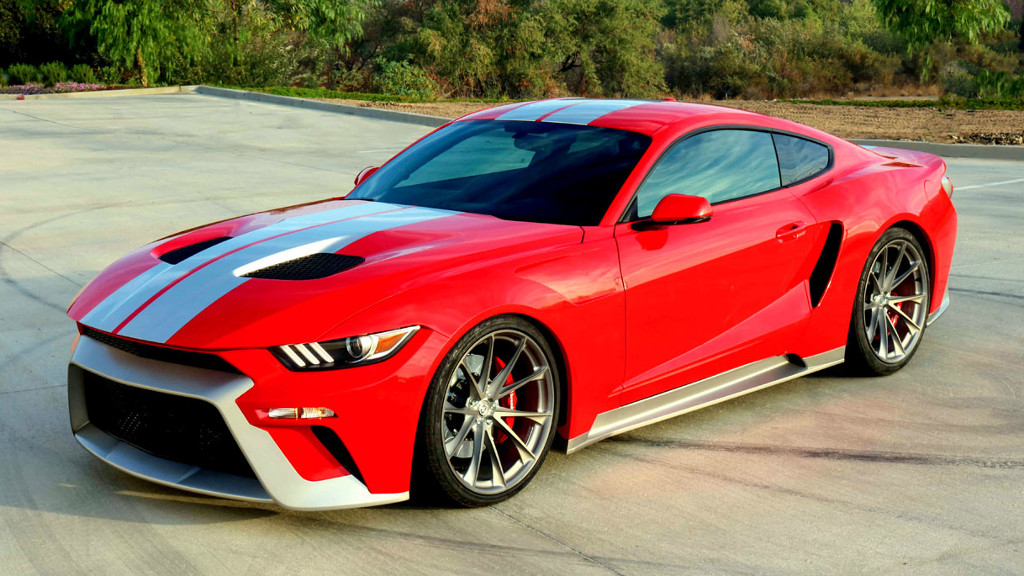 With their original Ford Mustang-based “GTT” concept unveiled at the 2016 SEMA Show in Las Vegas last week, Zero to 60 Designs attracted no shortage of attention from fans.

Incidentally, the concept drew no shortage of disapproval from Ford, either, with the automaker rather ominously telling website Carscoops: “Ford’s legal counsel is investigating how best to address the matter.” Ford is seemingly not entirely okay with Zero to 60 Designs instilling the Ford Mustang GT with some of the distinctive design cues that all but define the GT supercar.

Zero to 60 Designs was quick to respond. According to an article published last night by Carscoops, the California-based firm has unveiled a new logo for the car – one which looks much less like the “GT” badge worn by the Mustang GT than the GTT’s original logo did. And naturally, with it came a statement from the company, which said that “the last thing we at Zero to 60 want to do is get in to a confrontation with Ford. It’s rather the opposite. We picked two of the most inspirational vehicles in the industry and provided our interpretation of it.”

The statement went on to say that while a number of websites have “mislabeled the car as the ‘Mustang GTT,'” it is, in fact, the “Zero to 60 Designs GTT.” The two monikers “are entirely different,” says the company.

Of course, we have yet to see whether the car’s new logo and name clarification are enough to get Ford Motor Company off of Zero to 60’s back, but to us, the firm’s actions seem more flattering than threatening to Ford.

But then, we don’t operate one the world’s largest automakers by sales volume.