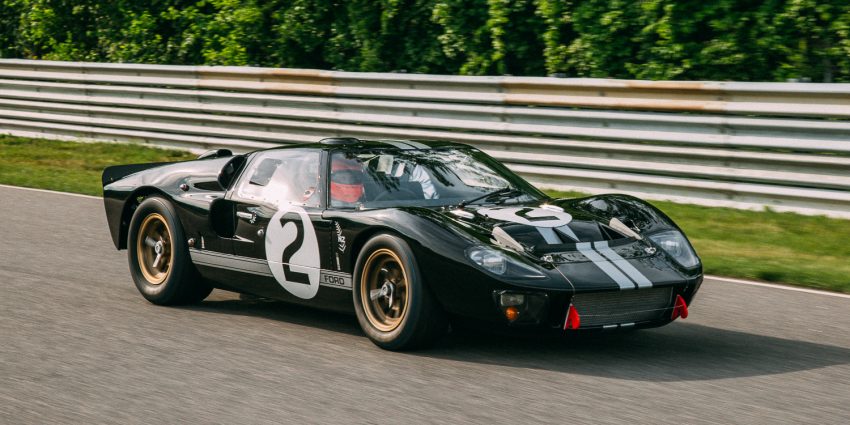 You’ll recall that in the months leading up to the 2016 running of the 24 Hours of Le Mans, RK Motors of Charlotte was entrusted with an enormous undertaking: restoring the 1966 race winner, the black No. 2 Ford GT40 Mk II, to its former glory. The restoration, carried out with New Hampshire restoration and service shop Rare Drive was successful, and wrapped up in time for the irreplaceable Ford GT40 to make its scheduled appearance at the Le Mans Circuit de la Sarthe as Ford went about winning again in its new GT, exactly five decades later.

Now, RK Motors of Charlotte has announced that this legendary Ford GT40, wearing Chassis No. P/1046, has been crowned “Restoration of the Year” at the 2016 International Historic Motoring Awards. (The car had made a shortlist of contenders for IHMA “Car of the Year,” but that honor went instead to the Pegaso Z-102 Berlinetta ENASA Cúpula – the “Best in Show” winner at this year’s Amelia Island Concours de Sport.)

The comprehensive restoration of Ford GT40 P/1046 has been captured in a video series viewable on RK Motors’ website, but we felt like sharing just a couple of insights into just how exacting the car’s restorers were. Nearly 4,000 man hours were expended, during which time every single bolt was either restored or remade to match the precise appearance of the original; no store-bought hardware on this car. The team even went so far as to replicate original imperfections like the hurriedly-painted “2” on the hood and doors, paint drips and all, and the uneven-length exhaust pipes.

The end result is a car so utterly, perfectly restored that it’s quite easy to forget that any time has elapsed at all since it made history in 1966 – the “Restoration of the Year.”