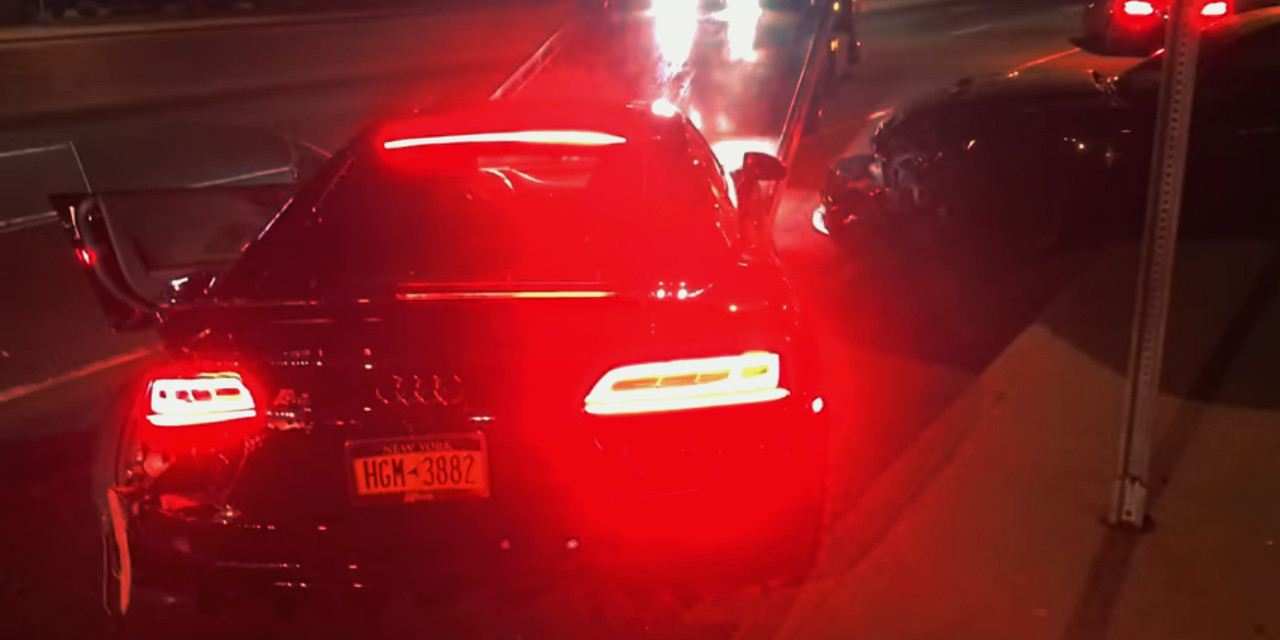 It seems it’s becoming increasingly difficult to get through an entire day without hearing of yet another noob Ford Mustang driver crashing the pony car in spectacular fashion while trying to show off, most often damaging other property (or people) in the process.

Recently, the Mustang claimed yet another innocent victim, and this one really stings: a $250k Audi R8 V10 Plus.

Jalopnik reports that the Audi’s owner, one Nordan Shat (a.k.a. “Rain,” a member of professional eSports team “FaZe Clan”), had just paid to have the car extensively modified at a body shop. As it waited on the side of the street for a truck to pull around so that it could be loaded up for transport, the careless Ford Mustang driver struck suddenly, and with massive force. Security footage taken by the shop shows the Mustang driver start to swerve while approaching the Audi, lose control, and crash hard into the parked R8.

Reportedly, the Audi suffered a bent frame as a result of the impact, which is essentially a death sentence for any passenger vehicle. Mr. Shat hadn’t even had a chance to drive the freshly-modified supercar.

Look: we obviously love the Ford Mustang. It’s an American icon, after all. But for the sake of both the reputation of Mustang drivers everywhere, and the wellbeing of bystanders, can we all agree to dial it down a tad behind the wheel of the potent, rear-wheel-drive pony?

Skip ahead to around 1:05 in the video above for the security footage of the crash. Warning: the video contains expletives.