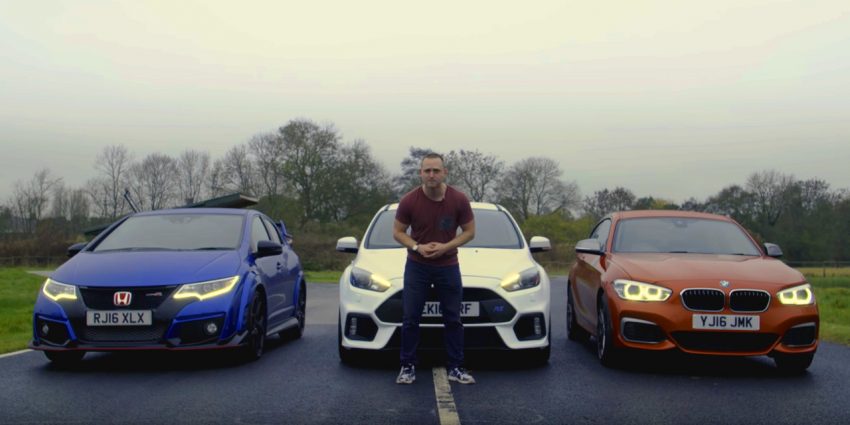 In just the time since its introduction earlier this year, the 2016 Ford Focus RS has gone on to become probably one of the most frequent contenders in comparison tests put on by a slew of different automotive outlets.

This week, it returns to the ring in Car Throttle‘s capable hands, opposite the front-wheel-drive Honda Civic Type R and rear-wheel-drive BMW M140i. Through a series of fast laps around a paved course and a couple of head-to-head drag races, Car Throttle set out to find which hot hatch was superior – not to mention which type of drivetrain ended up being the most advantageous.

The matter of drivetrain configuration ended up being an all-important one here, as rain had left the pavement of Car Throttle‘s course soaking wet and treacherous.

But that didn’t stop Alex Goy et al. from wringing a few good laps from the 2016 Ford Focus RS and its rivals from Japan and Germany. Which model won? Watch the video to find out.