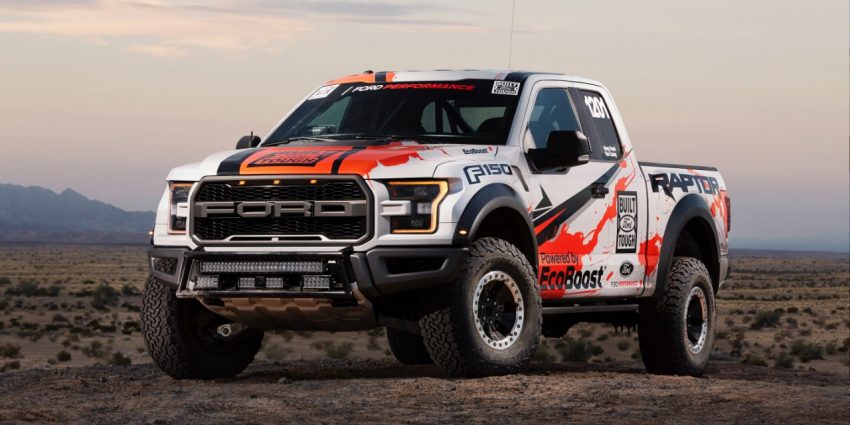 Ford’s factory-stock F-150 Raptor race truck has wrapped up the 2016 off-road racing season, covering a total of 2,481 bumpy miles littered with dirt, sand, rocks, and the like with a production-spec 3.5L EcoBoost V6 and 10-speed automatic.

The last race of the Best In The Desert season – the Pahrump Nugget 250 in Nevada – saw the Ford Performance/Greg Foutz Motorsports F-150 Raptor capture 432 points, finishing in 10 hours, 21 minutes, and 59 seconds. The truck features some requisite safety, lighting, and navigation equipment, plus a slightly different suspension setup from the production version, but is otherwise identical to the road-going vehicle.

It even has factory air-conditioning and satellite radio.

“We didn’t slap our name on a trophy truck like other manufacturers do,” says Ford F-150 Raptor Marketing Manager Brian Bell. That’s good news for buyers, who stand to benefit from the immense amount of data and real-world torture testing produced by the 2016 Best In The Desert Season and SCORE Baja 1000. What’s more: the F-150 Raptor ended the off-road season with its original 3.5L engine. The 10-speed automatic transmission was swapped out mid-season for evaluation.

“I know how much we abused that truck, and [Ford was] able to capture a lot of data and provide updates as the Raptor readied for production,” says Driver/Team Owner Greg Foutz. The new F-150 Raptor spent more than 100 total hours being driven at the edge this season.