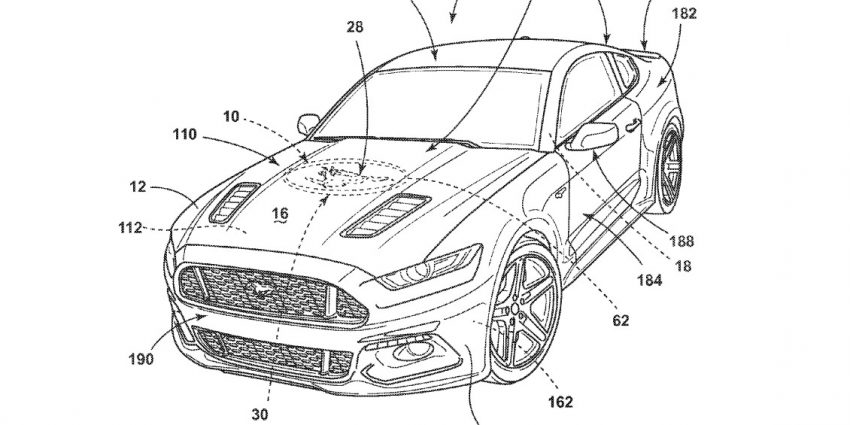 Ford Motor Company has filed for a patent on a nifty – albeit utterly unnecessary – bit of tech that can create temporary graphics on a vehicle body using heat.

The truly interesting bit: Ford’s new invention wouldn’t paint a logo on the vehicle in solid colors. Rather, the heat-emitting element would carve the logo into the snow, rain, or condensation on the bonnet.

Ford’s patent application, uncovered by AutoGuide, describes a heat-emitting element attached to the backside of a vehicle body panel – in their example, the hood of a Ford Mustang, with the element taking the form of its famous galloping horse logo. This heating element would be activated by a controller with input from a temperature sensor and a humidity sensor, allowing it to transmit heat into the hood in the shape of the logo. That heat pattern would, in turn, melt whatever snow or vaporize whatever moisture is on the hood in that pattern.

Et voilà; a galloping horse graphic appears out of the rain/condensation/snow/ice/what have you. While such a device wouldn’t make the Ford Mustang go any faster, it would certainly add to the pony car’s cool factor, don’t you think?