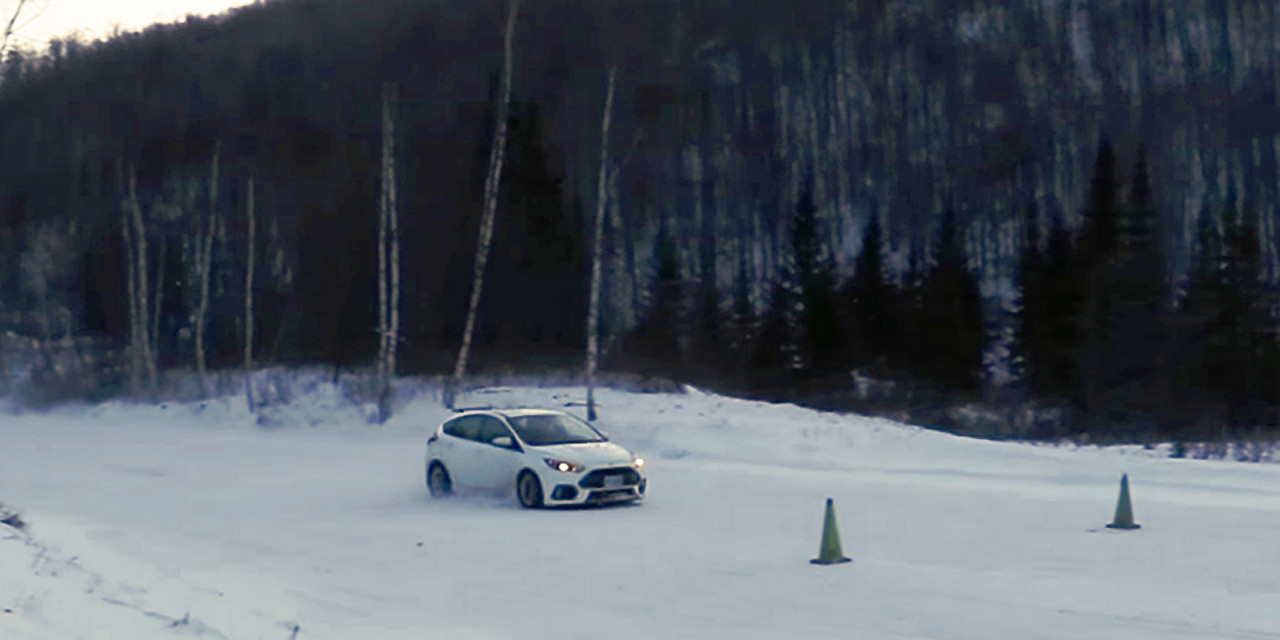 Anti-lock braking systems (ABS) are an integral part of modern vehicle safety, and it would be difficult to form an effective argument against their inclusion on every new car sold today.

It’s a good thing, too, because ABS – along with Electronic Stability Control (ESC) – is now required on all new vehicles sold in the United States.

However, while ABS spares drivers having to learn tricky braking techniques (threshold braking, cadence braking) for inclimate weather, when tire grip is at its lowest, it’s still no match for a skilled driver when snow covers the driving surface. In the video above from the Team O’Neil Rally School, rally racing driver Tim O’Neil uses the new Ford Focus RS hot hatch to demonstrate this point.

Braking from 40 miles-per-hour, Mr. O’Neil shows that simply applying the brakes forcefully and letting ABS slow the Focus RS actually results in a longer stopping distance than braking just gently enough to avoid losing traction. The reason for this, simply put, is that anti-lock braking systems cycle the pressure many times per second, which slows the vehicle and allows the driver to give steering input, but still means that one or more tires is breaking traction at least some of the time.

Braking just lightly enough for the available grip means that the tires are still rotating, also permitting steering input, while slowing the car more effectively. Generally, a car stops more quickly while its tires are rotating and maintaining traction.

Don’t believe us? Watch it happen to a 2016 Ford Focus RS in the video above.