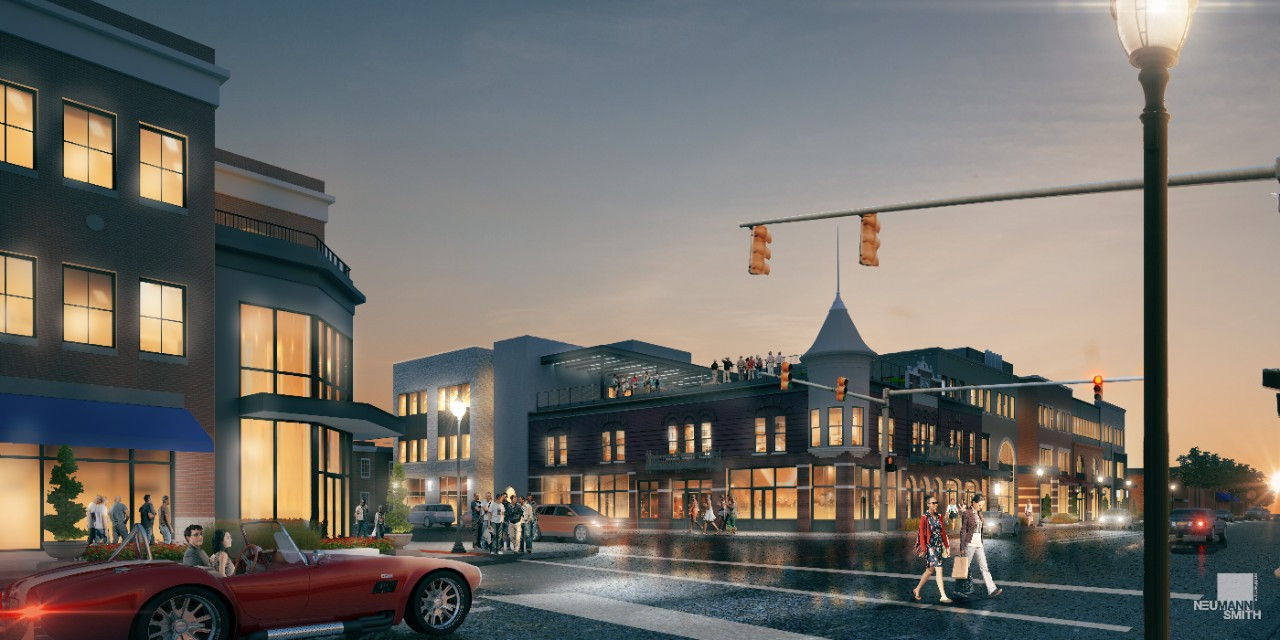 Ford Motor Company’s plans to transform and revitalize roughly three city blocks in West Downtown Dearborn, Michigan have taken a step forward, according to The Detroit News, with Michigan state officials today approving more than $30 million in tax captures relating to the project.

“It’s… clear younger generations of workers really want to work closer to where they live,” she said. “And to be able to live where they want to work, they really need vibrant downtown areas. That’s really what they’re looking for.”

Most of the existing structures within the three-block area will be demolished, reports The Detroit News, but the facade of the 120-year-old Wagner Hotel – which has sat abandoned for the past 10 years – will be spared. The area to be developed, named “Wagner Place” after the landmark, is situated south of Michigan Ave between Mason Street and Oakwood Boulevard. Its transformation is expected to be completed midway through 2018, at an estimated cost of around $60 million.

Wagner Place is part of a 10-year Ford plan to transform its Dearborn campus and HQ, which will collocate some 30,000 employees currently spread out between 70 different buildings into primarily two sites.