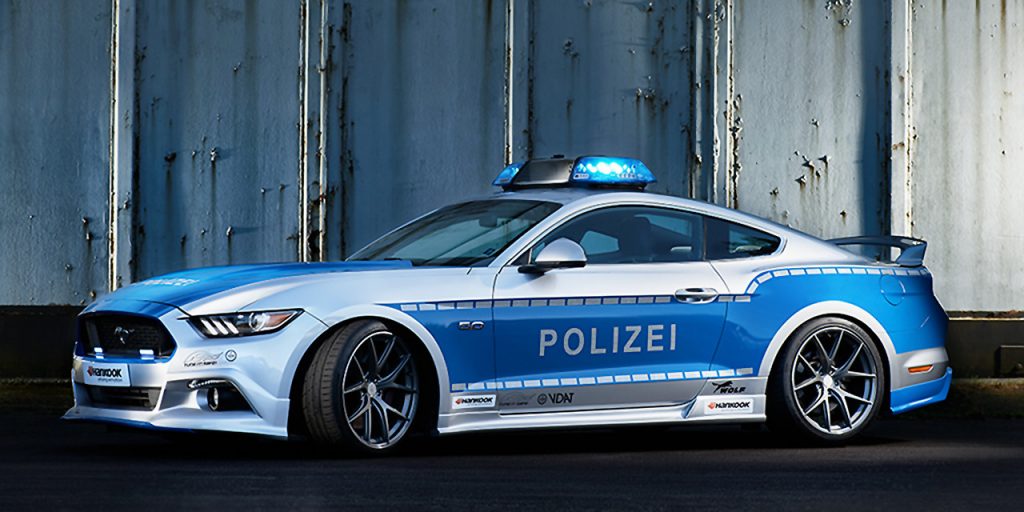 As much as we’d love to tell you that the sharp-looking tuner Ford Mustang GT pictured above is actually intended for dispatch on the streets of Germany, that doesn’t seem to be the case.

This souped-up Polizei Mustang GT was commissioned by the Verband der Automobil Tuner (VDAT), according to Motor Trend – basically Germany’s equivalent of the US Specialty Equipment Market Association (SEMA). It will serve as the organization’s new “Tune It! Safe!” demo car, going around and promoting safe vehicle modification to Germany’s mod-obsessed car fans.

The changes made to the S550 Ford Mustang GT are, appropriately, comparatively tame. The pony car, now making around 440 horsepower, was built by Wolf Racing, and rides on 20-inch alloy wheels wrapped in Hankook Ventus rubber. A height-adjustable coilover suspension kit, a sport exhaust system, and a body kit which includes redesigned bumpers, rocker panels, a front splitter, rear diffuser, and a rear wing round out the list of modifications.

You know, apart from the light bar, police livery, and other law enforcement-esque additions.

As mild as it may be, VDAT’s new Polizei Ford Mustang GT looks the business, and we’ve no doubt that many a law enforcement officer would clamor to get into the pilot’s seat, given the chance. Check it out. 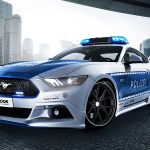 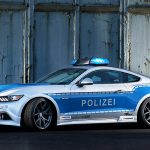 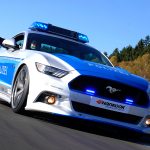 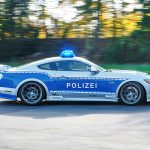 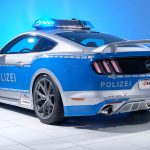 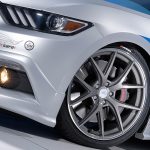 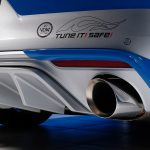