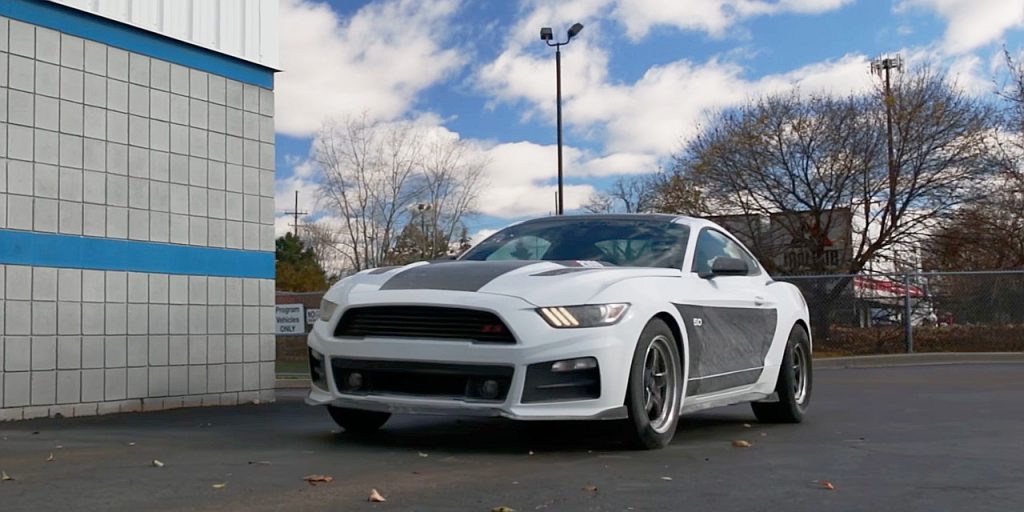 Today, Roush Performance published a video that invites us to meet Paul Ferdinando and his Roushcharged 2015 Ford Mustang GT – a car which has been dubbed the “World’s Fastest Manual-Transmission S550 Mustang.”

Originally in the market for a Shelby GT500, Ferdinando was convinced at his local dealer to opt instead for a similarly-priced Roush Phase 1 Ford Mustang being built in the back. Within about three days of his purchase, he says, he took it to the drag strip.

That launched an ongoing obsession with quarter-mile times, which prompted Ferdinando to modify his Roush Ford Mustang over time. A Phase 2 supercharger was installed at some point, along with new injectors, performance headers, an x-pipe, and even a Nitrous Express kit. All those additions ended up facilitating a 9.47-second drag time with a trap speed of 149 mph, on an “unopened” motor with a stock MT-82 6-speed manual.

That was enough to earn Paul’s 2015 Ford Mustang the title of “World’s Fastest Manual S550.”

Next year, Ferdinando says he’ll shoot for a quarter-mile time in the 8s, still without opening up the motor or swapping out the stock MT-82 transmission. “Why not?” he asks, rhetorically. “Let’s push the limits and see how far we can get it.”