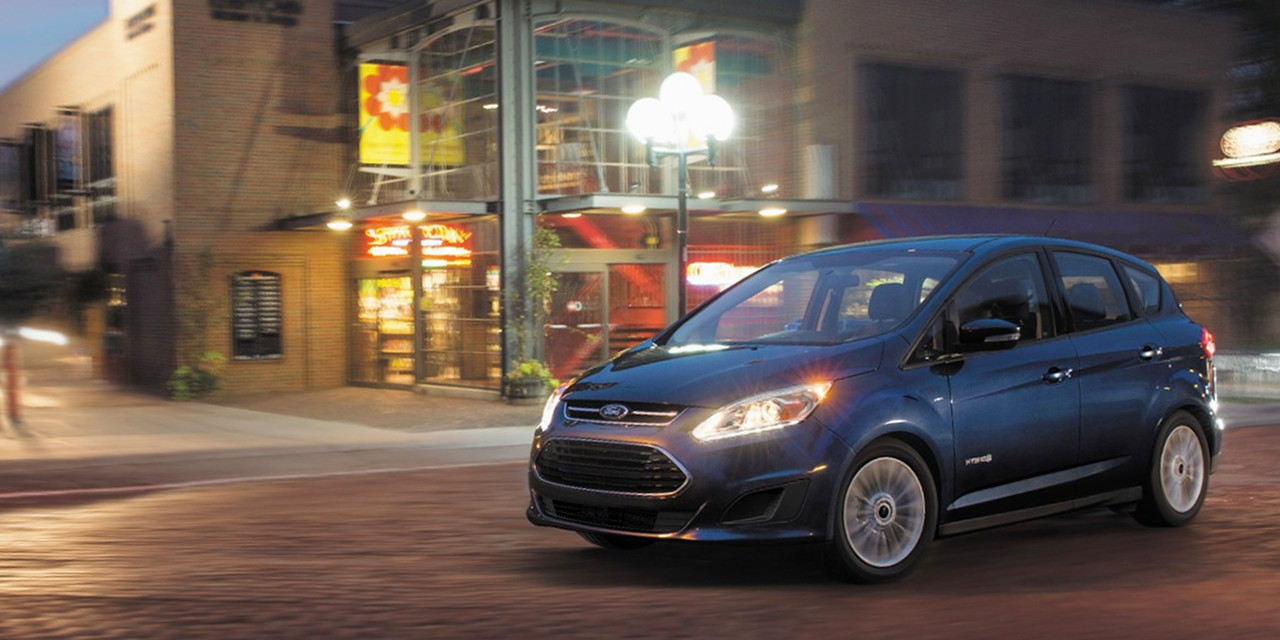 For the 2017 model year, Ford felt it was about time to refresh the Ford C-MAX Hybrid and plugin Energi models, so they added a new Titanium trim level and made some minute cosmetic adjustments. According to Automobile, those include a somewhat smaller upper grille and more “subdued” headlamps, plus redesigned taillights out back.

But the real story is this: the starting price in the US for a new Ford C-MAX Energi plugin-hybrid has declined by a whopping $4,650 compared to the 2016 model. It now starts at a mere $27,995 including destination, before incentives or tax breaks.

The regular Ford C-MAX also had its starting price reduced, to $24,995 – a slim $50 savings over 2016. So, for just $3,000 more than the cost of the base Hybrid, you could have a 2017 Ford C-MAX with a 7.6-kWh battery pack (versus a 1.4-kWh unit), along with the ability to replenish the batteries at home or wherever there’s a public charging station and save on fueling costs.

Automobile reports that projected electric-only range and fuel economy numbers haven’t yet been announced for the 2017 Ford C-MAX Energi, but they’re not expected to budge from the 2016 model’s 19 miles and 88 mpge. Combined peak output for both models is 188 horsepower, coming from a 2.0-liter Atkinson-cycle I4 and an electric motor, and both models utilize the same continuously-variable transmission.