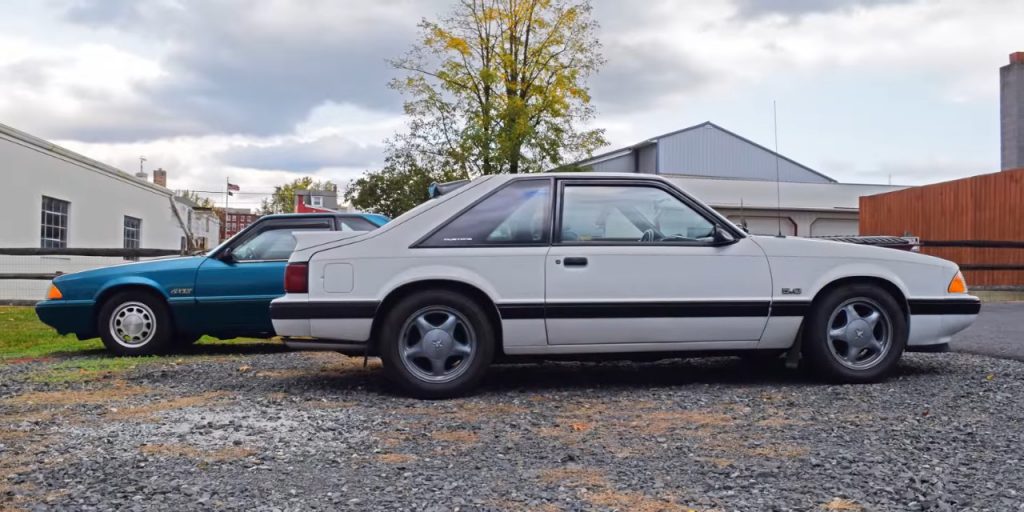 If there’s one iteration of the Ford Mustang from automotive history that people absolutely love to hate on, it’s the Mustang II.

That hate is perhaps well-earned. But coming in a close second, we imagine, is the third-generation “Fox body” Ford Mustang produced from 1979 through 1993.

That hate, Mr. Regular might argue, is rather misplaced. He just reviewed a pair of Fox body Mustang examples in the latest episode of Regular Car Reviews: a 1987 with a normally-aspirated 2.3L I4, and a 1993 with a Windsor 5.0. While he concedes that it’s “probably the least-Mustang-looking Mustang that ever Mustanged,” and that “it clings to prejudiced solid axles and tribal, low-revving motors,” and other performance-limiting hardware, “when it all comes together, we don’t care, because the execution is brilliant.”

Granted, the Fox body Mustang already has a plenty-enthusiastic fan base, and with a performance parts aftermarket as large as that of the Fox, why wouldn’t it? It may not be the car that most readily springs to mind when one thinks about Ford’s quintessential pony car, but it’s arguably truer to the ‘Stang spirit than any but the first generation.

Be sure to check out Mr. Regular’s full review above.