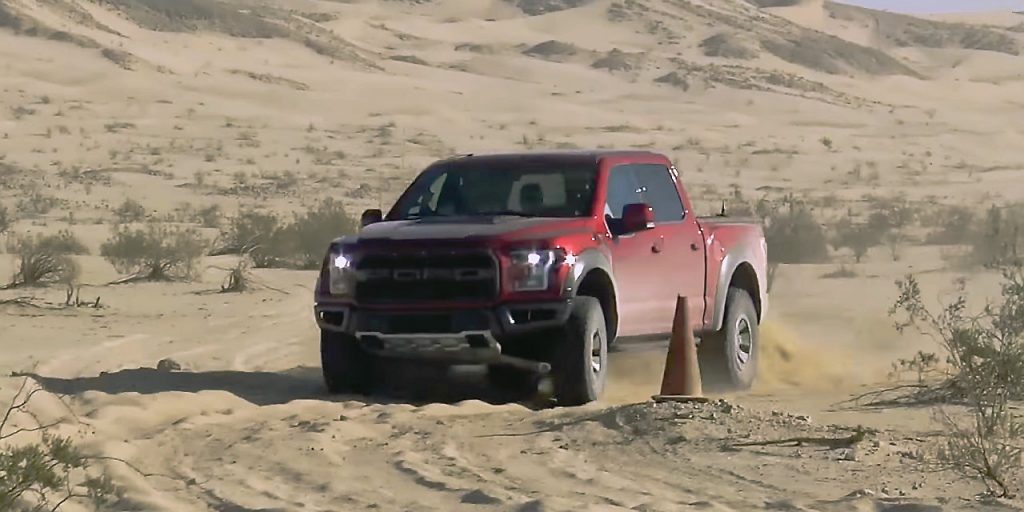 If you’re like us – hungry for more on the all-new, 2017 Ford F-150 Raptor wherever you can get it – CNET’s Roadshow just published their video review of the new, high-performance pickup truck as it plies its trade off-road.

Performing the review is Roadshow Reviews Editor Emme Hall, who puts to rest any concerns regarding the F-150 Raptor’s new, 3.5-liter EcoBoost V6, saying “if you didn’t know that this was a V6, you wouldn’t know that it’s not a V8.” That’s because the new motor puts out 450 horsepower and 510 lb-ft of torque – 40 horsepower and 75 lb-ft more than the 6.2-liter V8 in the discontinued model – and, as John Hennessey noted while testing the new Ford F-150 Raptor on the dyno, a massive surface area under the torque curve.

In other words, the 3.5L EcoBoost doesn’t just make impressive peak figures; it makes large amounts of torque everywhere throughout the RPM range.

What’s more, the 2017 F-150 Raptor weighs some 500 pounds less than the last Raptor, giving it an even better power-to-weight ratio. On top of that, you get big shocks and massive tires for splendid off-road performance. Ms. Hall does note that, because the body is so wide and long, rock-crawling can become a bit of a trick where clearance is an issue.

But that’s not what the 2017 Ford F-150 Raptor was made for, anyway. It was made for high-speed off-road racing.

Be sure to check out Roadshow‘s off-road review of the new F-150 Raptor above.

Roadshow Has A Go In The All-New Lincoln Continental: Video