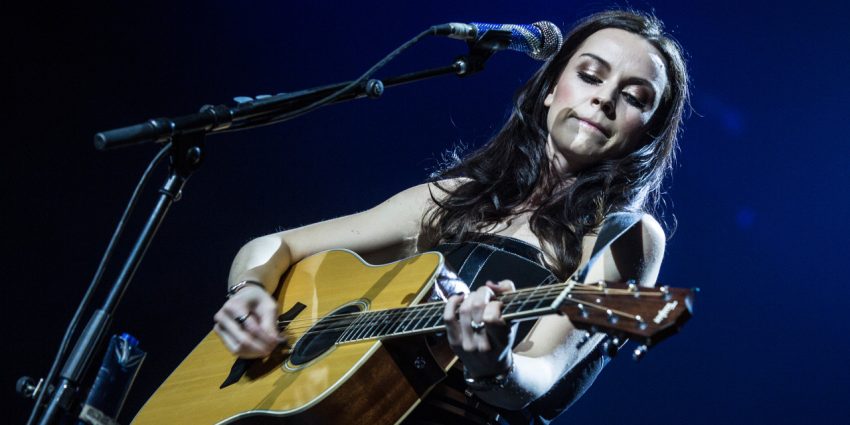 You’d be hard-pressed to find a production passenger car more exclusive than the 2017 Ford GT.

In order to give the new supercar the best possible chance of cultivating a sterling image, Ford set up a strict application process to limit the pool of potential buyers to only those who would reflect well on the car, and on Ford itself. Naturally, then, no one ought to have ended up with an allotment for the new Ford GT on accident.

Save for one person: Scottish music artist Amy Macdonald. Speaking with Top Gear recently, Ms. Macdonald admitted that she’d never even driven a Ford before, let alone thought she’d be accepted to purchase the Ford GT when she applied. “I got swept up in the hullabaloo,” she said. “Every magazine, every website, anybody with any interest in cars, they were all totally excited about the Ford GT. So I thought I’d apply, never in a million years expecting to get one. I’m pretty much an accidental Ford GT owner.”

To her credit, Ms. Macdonald is a noted car enthusiast. At the time she applied for the Ford GT, she had a Land Rover and a Ferrari 458 Speciale. She’s since picked up a 488 GTB, as well. Even still, it was widely believed that Ford would reserve a majority of the cars for loyal fans of the automaker – especially owners of the first-generation Ford GT or the 1960s GT40.

“It still doesn’t feel real, and I still don’t know much it’ll cost,” says Macdonald. “They sent me another email with a kind of welcome pack, and told me I’d hear more when the order window was open, and I could choose the spec, then pay 50 per cent upfront. But 50 per cent of what? It’s even more mysterious than dealing with Ferrari.”

As for how Ms. Amy Macdonald plans to spec her next supercar, she doesn’t yet know. “Blue seems like the iconic colour,” she told Top Gear. “It’s difficult not to go down that route, but I might do something different.

“You can go down the exclusive line, do anything you want, but that’s a minefield to me, and I’d rather someone just said, ‘listen, here’s your choice.’”