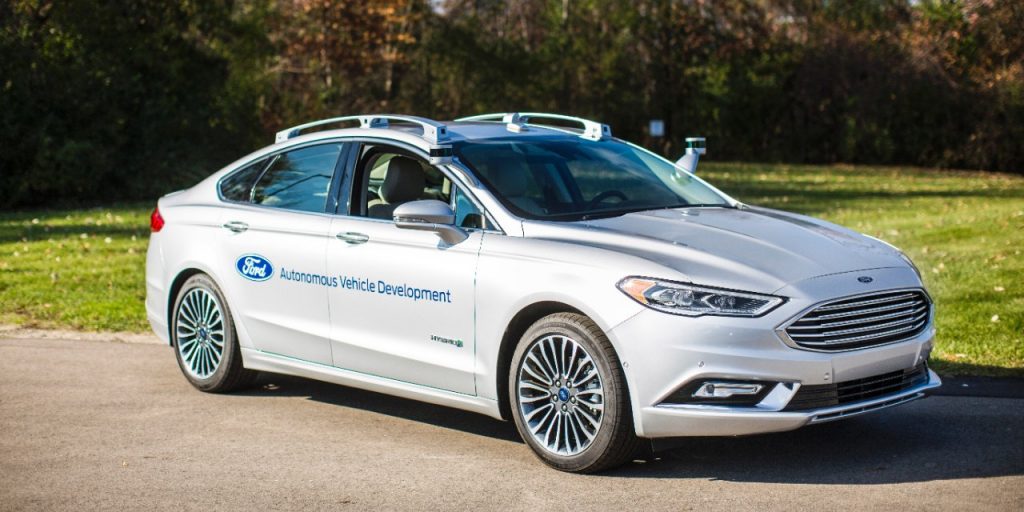 Ford Motor Company remains committed to its goal of bringing a fully-autonomous car to market in 2021 for use in taxi and rideshare fleets. To get there, the automaker is tripling the size of its autonomous development fleet, and rolling out a new version of its test vehicles, which are based on the Ford Fusion Hybrid sedan.

The second-generation Ford Fusion autonomous development vehicle boasts new, more-potent computer hardware for added processing power, while placement of the LiDAR/RADAR sensors and digital cameras has been revised to allow the car to “see” the world more effectively. The LiDAR sensors themselves have shrunk in size, while being redesigned with a more targeted field-of-vision. This allows Ford to use just two small, sleek units in place of the four rather conspicuous cylinders on the first-generation autonomous development sedan.

Ford’s current Fusion Hybrid-based autonomous development vehicle first hit the streets three years ago, if you can believe it. This new version will bow at the Consumer Electronics Show and Detroit North American International Auto Show next month, before being deployed on public roads in Arizona, California, and Michigan, as well as at private testing facilities.

Ford EVs Get Their Frunks Shown Off In New Series: Ad Break