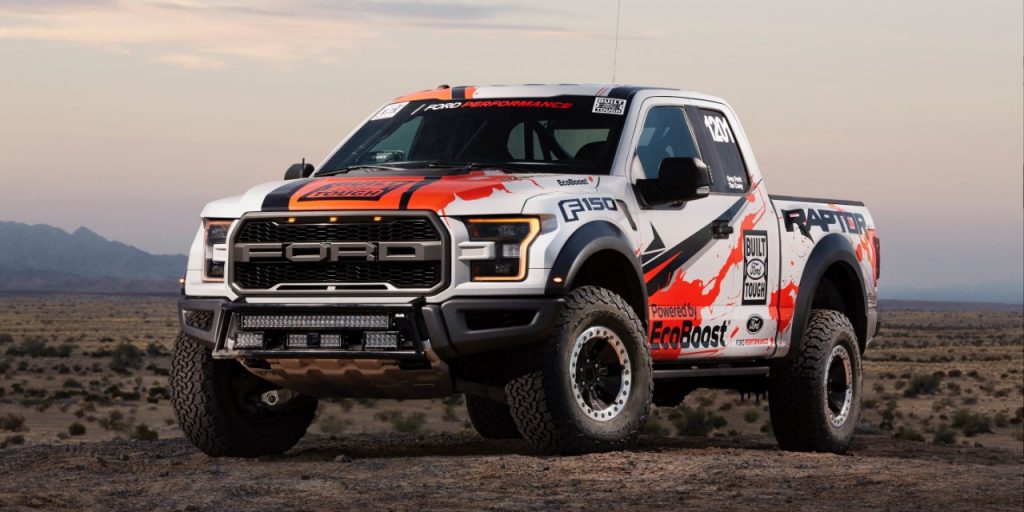 The all-new, 2017 Ford F-150 Raptor supertruck gets a brand new set of kicks tailored specially for it, engineered by BFGoodrich with Ford input to suit the particular performance requirements of the new model.

The tire is a model-specific version of the BFGoodrich All-Terrain T/A KO2 – a tire which debuted in 2014, and has sold 5-million units since. BFGoodrich has been making Radial All-Terrain T/A tires since 1976, and it stands to reason that they’ve only gotten better at it over the course of 40 years.

To test its off-road tires, BFGoodrich will often utilize the Baja Peninsula in Mexico, which is home to what has been called the most trying off-road races in the world: the Baja 1000. It’s a race that the new Ford F-150 Raptor completed this year in the fully-stock truck class, using just one set of BFGoodrich All-Terrain T/A KO2s in the process.

We figure this means that the new tires ought to prove sufficient for your average weekend warrior.

Beside the 2017 Ford F-150 Raptor, BFGoodrich also supplies the high-performance rubber found on every vehicle in the Ford Performance portfolio. This includes the Ford Fiesta ST and Focus ST, new Ford Focus RS, Shelby GT350 and GT350R Mustangs, and even the elite new Ford GT supercar.