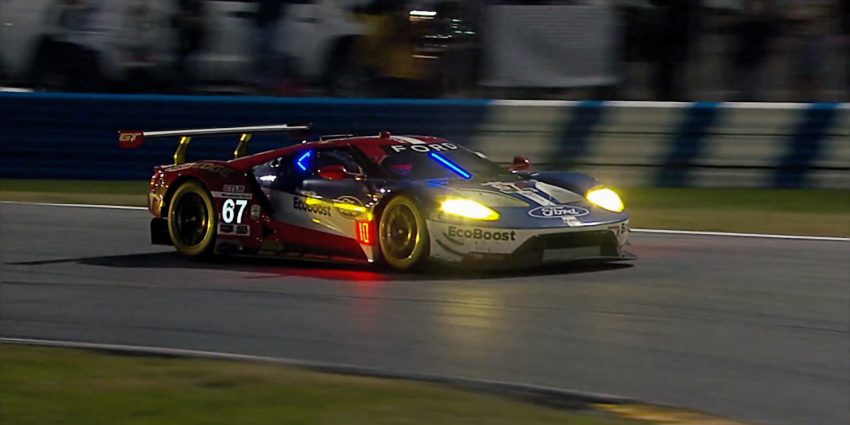 Chip Ganassi Racing has announced IndyCar star Tony Kanaan will join its driver lineup for the 2017 Rolex 24 Hours of Daytona.

Kanaan will pilot the No. 69 Ford GT alongside British drivers Harry Tincknell and Andy Priaulx. Chip Ganassi Racing and Ford are fielding four GTs in next year’s edition of the annual endurance race. The No. 66 GT will be piloted by Joey Hand, Dirk Mueller and Sebastien Bourdais, with the No. 67 car being driven by Ryan Briscoe, IndyCar’s Scott Dixon and Richard Westbrook. Driving the No. 68 car will be Dirk Mueller, Joey Hand and Billy Johnson.

The 2015 24 Hours of Daytona was the Ford GTs maiden race outing. Hand, Muller, Bourdais, Briscoe and Westbrook were all apart of last year’s Ganassi roster.