We’re all but certain that Ford will be rolling out a new diesel-powered variant of the ever-popular Ford F-150 pickup truck for the 2018 model year. What’s far less certain is how it will be branded.

In the course of sharing spy photos of the refreshed Ford F-150 earlier in the week, website PickupTrucks.com referred to the diesel-fueled full-size pickup as the “F-150 Power Stroke.” We rather think it fits.

At least, it’s inarguably better than branding it the “Ford F-150 Lion,” which is what it might be called should it assume the name of the oil-burning motor expected to lurk under the hood. Months ago, we received a tip that the diesel-variety F-150 would make use of a twin-turbocharged, 3.0-liter V6 diesel from the so-called “Lion” engine family – a range of sparkless motors shared with PSA Peugot Citroën and Jaguar Land Rover.

Dubbing the 2018 Ford F-150 Diesel a “Power Stroke” would have the added benefit of instantly evoking a connection with the 6.7-liter diesel brute found in the new Ford F-Series Super Duty, which produces a class-leading 925 lb-ft of torque. Naturally, the 3.0 Lion makes nowhere near that, maxing out at 440 lb-ft in several Jaguar Land Rover applications. However, 440 lb-ft is still a lot of grunt – more than any Ford F-150 mill currently on offer beside the new 3.5L EcoBoost – and the name “EcoDiesel” has already been snatched up by Ram.

Look for the new, 2018 Ford F-150 Power Stroke – or whatever it ends up being called – at next month’s North American International Auto Show in Detroit. 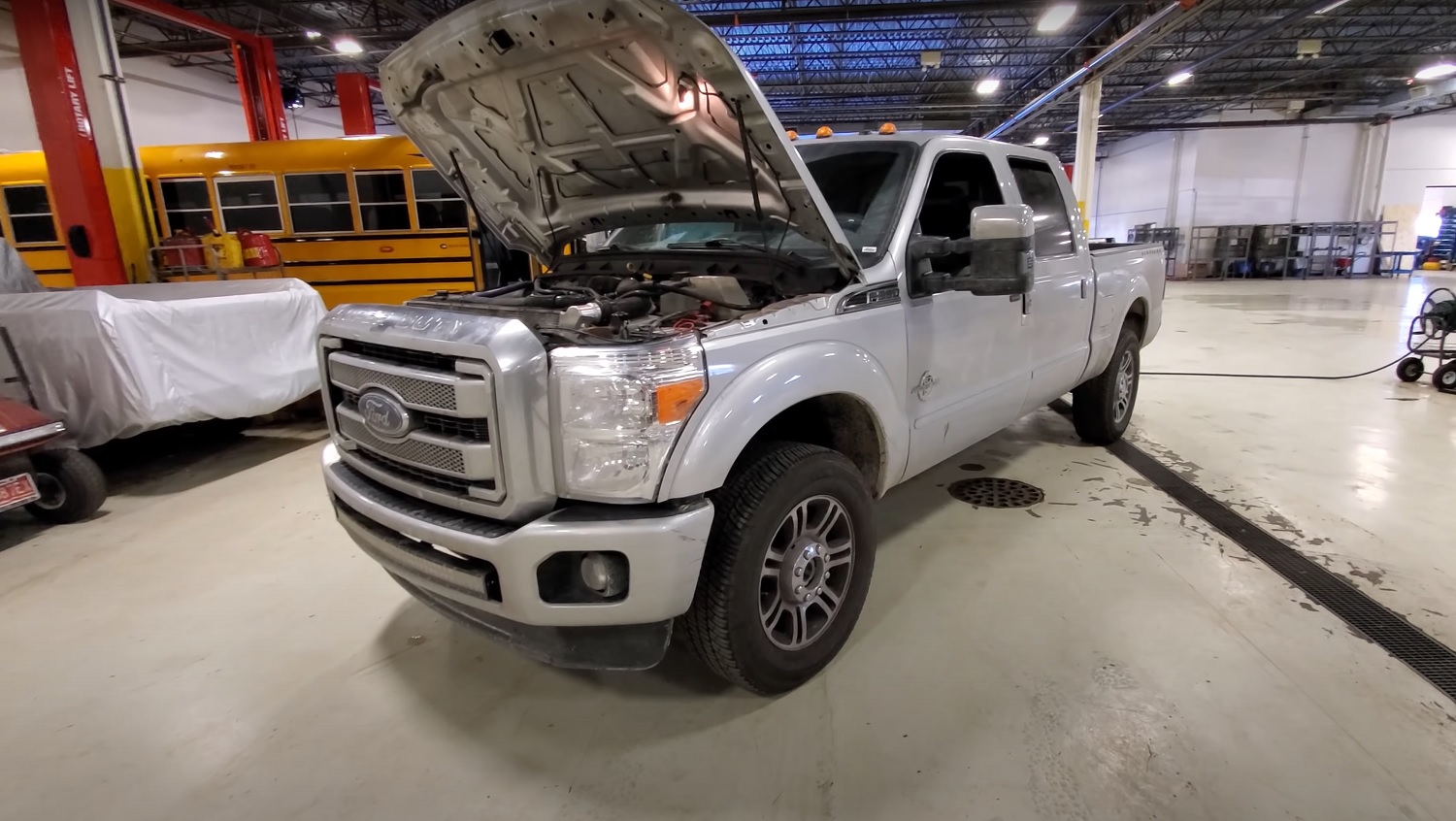