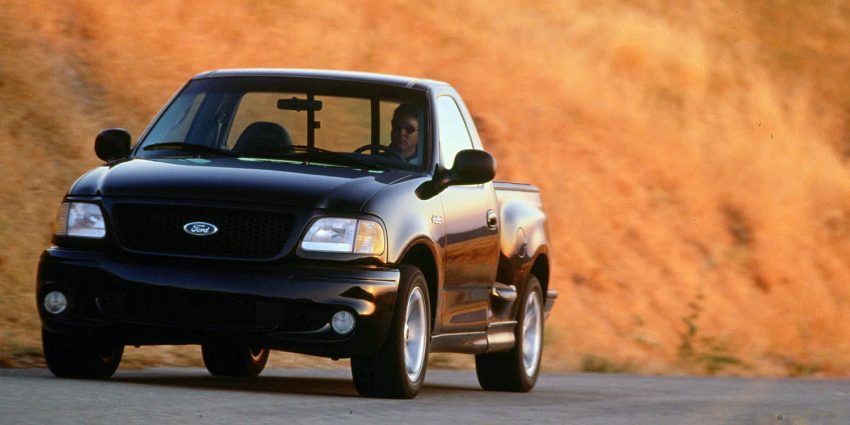 Anyone with even the most basic understanding of vehicle performance will tell you that weight is the enemy. Adding pounds means tacking on precious tenths-of-a-second to acceleration times, increasing body roll (and reducing cornering grip), and reducing braking ability.

And that is why, after the eleventh-generation Ford F-150 launched in 2004, the automaker opted not to roll out a new version of the beloved, high-performance SVT Lightning model. Speaking to Motor Authority earlier in the week, Ford Performance Vehicle Dynamics Technical Specialist Eric Zinkosky said that the F-150 simply grew too large in the 2000s for it to be turned into a proper street performance machine practically.

“In about 2006, we started looking at a performance truck off the new chassis,” Zinkosky told Motor Authority. “The truck had grown to be very big. When we looked at what it took to make that a better performing [SVT Lightning], it was a lot of power, it was a lot of tire, it was a lot of brake. In our mind, that became a huge challenge.”

On a happier note, it was some years later that Jamal Hameedi – now Ford Performance Vehicle Chief Engineer – came up with the idea for an off-road performance machine, which would go on to be named the “SVT Raptor.” Mr. Hameedi “took a look at what people were doing with their F-150s,” said Zinkosky. “Driving them down the road, and paying some upfitter eight or ten thousand dollars to put some bigger tires on it, and a lift kit, and the Fox Shox. We realized there was a place where the OEMs weren’t doing anything, and that was this performance off-road truck right out of the dealership.”

Of course, with its lightweight aluminum body lending itself to a weight savings of some 700 pounds vs. the previous model, the current, thirteenth-generation Ford F-150 could possibly lend itself to an SVT Lightning successor. But we’re sure Ford’s already looking at that.