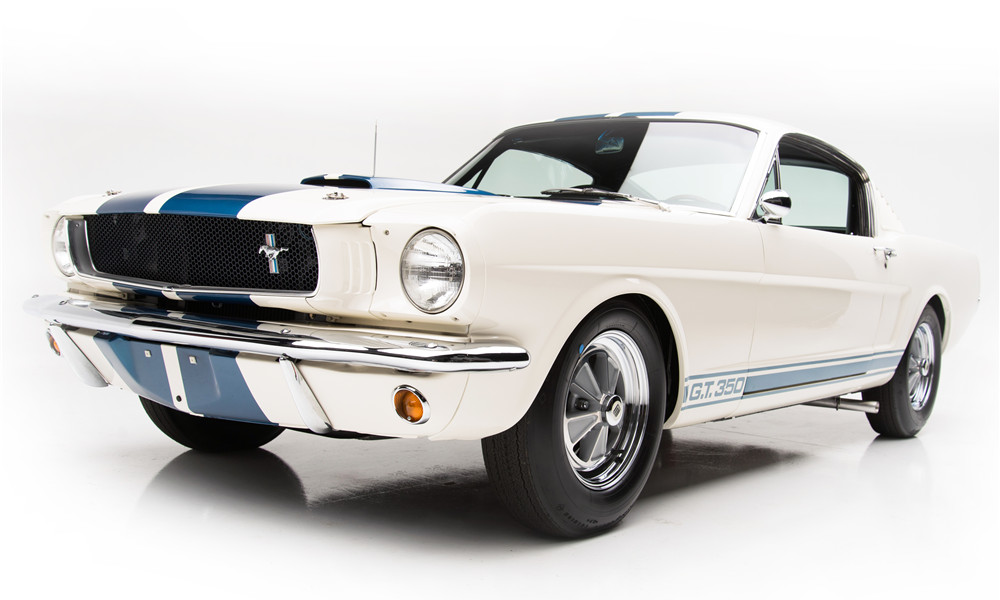 A 1965 Shelby GT350 Mustang pulled in a whopping $445,500 when it sold at Barrett-Jackson’s Scottsdale auction last week – almost half-a-million dollars, despite never having belonged to a sultan or a famous racing driver.

That said, it is a pristine-looking example, painted white with a black interior. According to Barrett-Jackson, it has no missing or altered components from its original build state, and it underwent a thorough restoration in the late 1990s to bring it back to “like-new” condition. What’s more, at some point during its ownership history, one owner managed to secure a Paxton supercharger conversion kit from Shelby American – a rare, vintage unit made just for the Shelby GT350 and 289 Cobra – which is currently installed.

Now, $445k may seem like an ungodly sum to pay for a vintage Amerian car, and it sort of is. But according to Hagerty, the average value for a 1965 Shelby GT350 is currently around $350k, while councours-quality examples can fetch up to $500k or so. We’d certainly put this car more toward the latter end of the spectrum.

For more photos and info, check out this 1965 Shelby GT350 Mustang’s original listing at Barrett-Jackson.com.