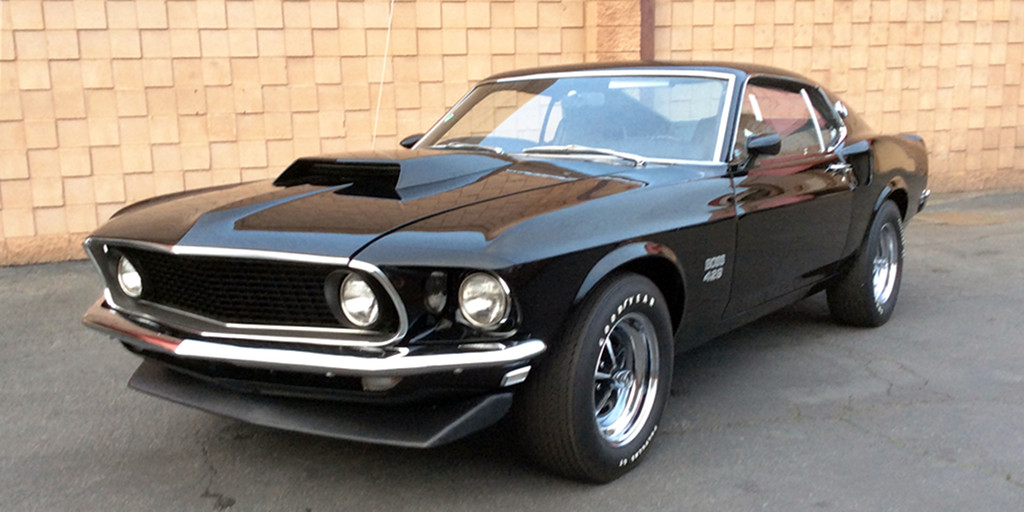 An original, 1969 Ford Mustang Boss 429 sold for an impressive $385,000 last week when it auctioned at Barrett-Jackson’s Scottsdale, Arizona event. The black-on-black car has been beautifully preserved and restored, and is one of fewer than 1,400 examples produced between 1969 and 1970.

Created to homologate Ford’s 429-cubic-inch V8 for NASCAR competition, the Mustang Boss 429 has become a prized. highly collectible model thanks to its very limited production and unique, high-performance motor. The pony car shipped with a 4-speed manual transmission, and was very conservatively rated at 375 horsepower from the factory.

The example pictured above, which just sold at Barrett-Jackson Scottsdale, included an original Build Sheet and statement of origin from Ford Motor Company. It came out of the private collection of one Reggie Jackson – former baseball right fielder, MLB Hall of Famer, and noted car enthusiast. The mileage of this 1969 Mustang Boss 429 is not listed on the Barrett-Jackson website, but judging from the photos, it might as well be a two-year-old car.

For more photos and info, check out the original listing on Barrett-Jackson.com.