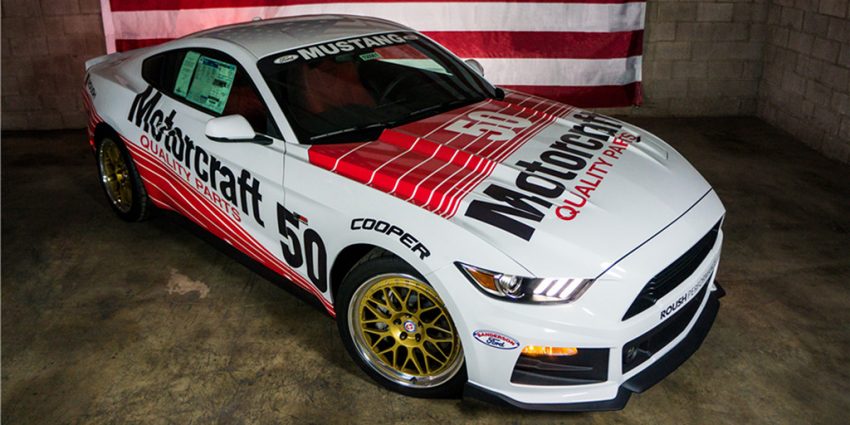 Last weekend, at the 2017 Barrett-Jackson Scottsdale auction in Arizona, a 2015 Ford Mustang GT customized as a tribute to Jack Roush and his racing accomplishments garnered a $175,000 winning bid. All of the proceeds will go to Military Assistance Mission – a group which provides “financial and morale aid” to Arizona’s active-duty military members, their families, and wounded armed service men and women.

But more important than any of that is the exterior color scheme, which mimics the red-and-white pattern of the original Roush Motorcraft Mustang. The names of Motorcraft, Roush Performance, and Cooper (tires) adorn the body, achieving a real race-car aesthetic.

For more photos and info, see the original listing at Barrett-Jackson.com.