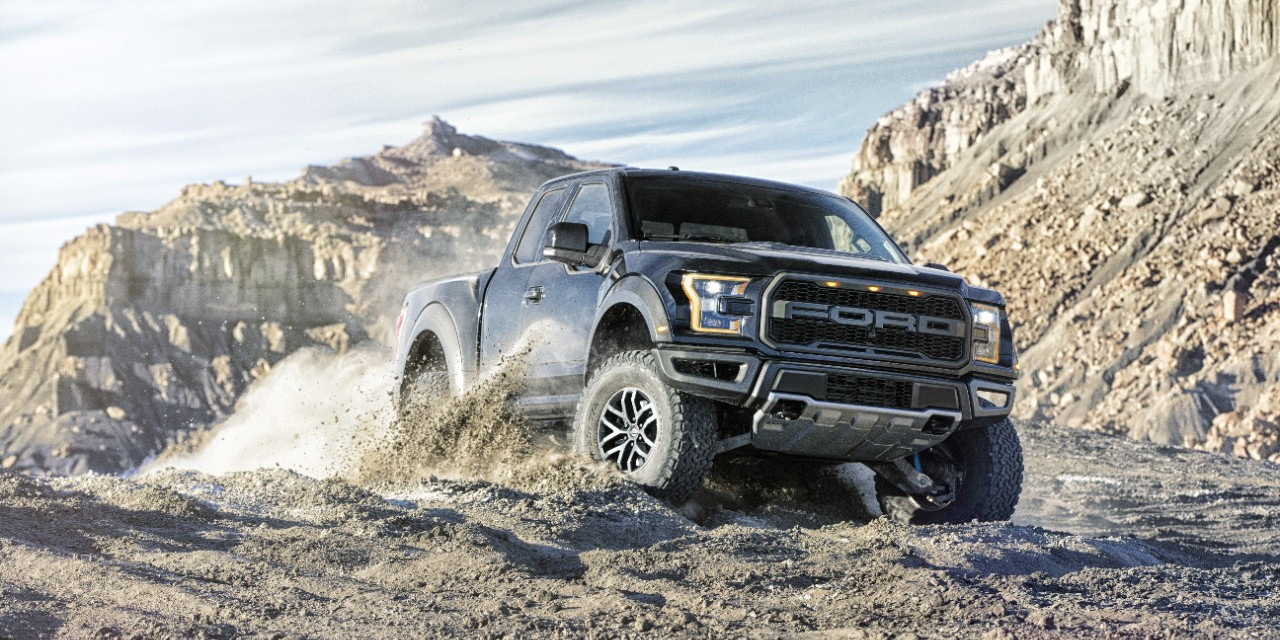 The 2017 Ford F-150 Raptor has been named “Pickup Truck of the Year” by the Four Wheeler Network, adding yet another award to its already-extensive list of accolades.

Four Wheeler took the all-new F-150 Raptor and six of its closest competitors on a week-long test spanning nearly 1,000 miles both on-road and off, eventually arriving the conclusion that the high-performance F-Series variant is “the truck equivalent of an amusement park thrill ride,” as Editor Ken Brubaker writes. “With horsepower and torque numbers far exceeding the previous generation Raptor, the engine is a willing participant in the Raptor experience.

“Combine all of this in a truck that is lighter than its predecessor, with increased wheel travel, and you’re rewarded with exactly that: an experience.”

The 2011 Ford F-150 Raptor itself was a winner, having eclipsed the competition when new with its impressive 411-horsepower, 6.2-liter V8 with 434 lb-ft of torque. The new truck ups the ante with 450 horsepower and 510 lb-ft, from an engine that displaces just 3.5 liters – proof positive that Ford’s EcoBoost technology really works.

Four Wheeler‘s Pickup Truck of the Year testing regimen also took them to the track, where the staff clocked the 2017 Ford F-150 Raptor’s 0 to 60 mph sprint at 6.3 seconds. That’s none too shabby for a full-size truck bred for off-road performance rather than track prowess, riding on all-terrain tires.

Ford’s 2017 F-150 Raptor is some 500 pounds lighter than its predecessor thanks to a body made of high-strength aluminum alloy, like that found on the standard F-150. Along with the 2017 Ford F-150 with the standard-tune 3.5-liter EcoBoost engine, the F-150 Raptor is Ford’s first application of its new 10-speed automatic transmission.