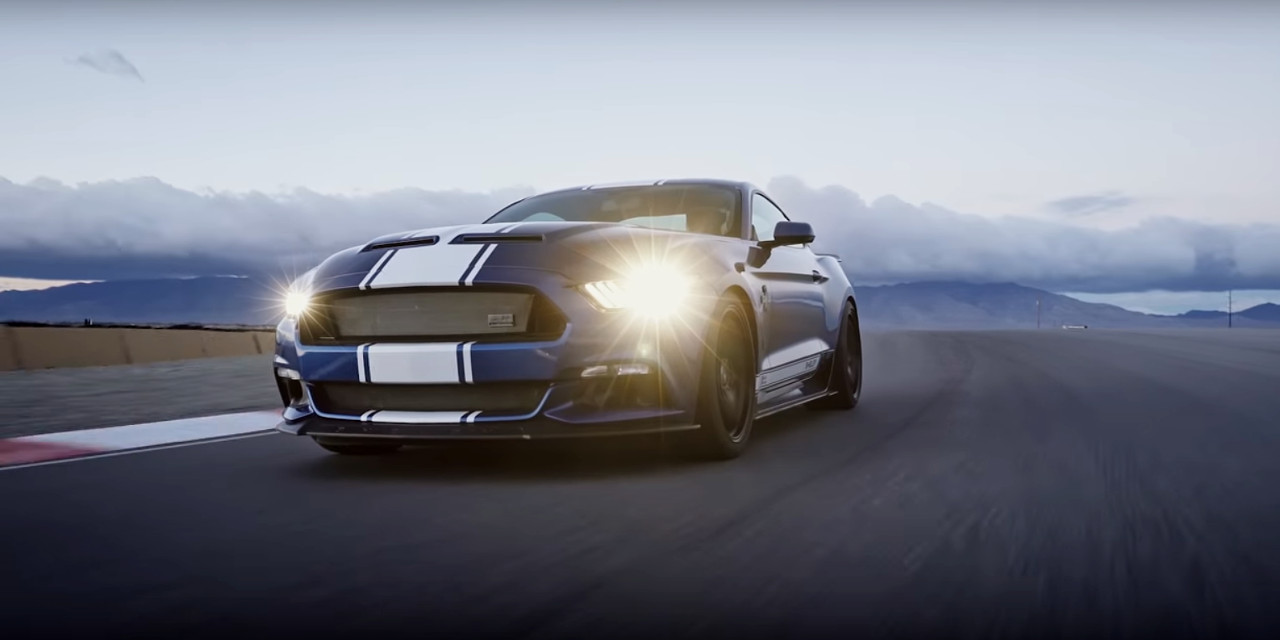 Shelby’s new, just-revealed 2017 Super Snake tears up the race track in a brand-new promotional video from Shelby American, satisfying our need to see and hear the Mustang-based high-performance sportscar in action.

One thing this video teaches us: there’s really no replacement for supercharger whine.

This year marks the 50th anniversary of the original Shelby Super Snake, making this a very significant year for the car. The original, 1967 Super Snake was a one-off, 600-horsepower supercar based on the Shelby GT500, and built to demonstrate the capability of Goodyear’s then-new Thunderbolt tires. In place of the GT500’s usual motor, a 428 from Ford’s Police Interceptor, the ’67 Super Snake featured a specially-built, all-aluminum 427 – essentially the same motor as that used in the Ford GT40 Mk II.

In 2007, the “Super Snake” name was resurrected for the first time, being applied to a Shelby upgrade package available for that year’s GT500. The package was priced from $27,995, and bumped output up from 500 horsepower in the standard GT500 to 604, although a 725-horsepower version was also available. A number of additional handling and cosmetic upgrades were also included.

The new, 50th anniversary, 2017 Shelby Super Snake is based on the Ford Mustang GT, with pricing starting at $69,995, including the cost of the base car.