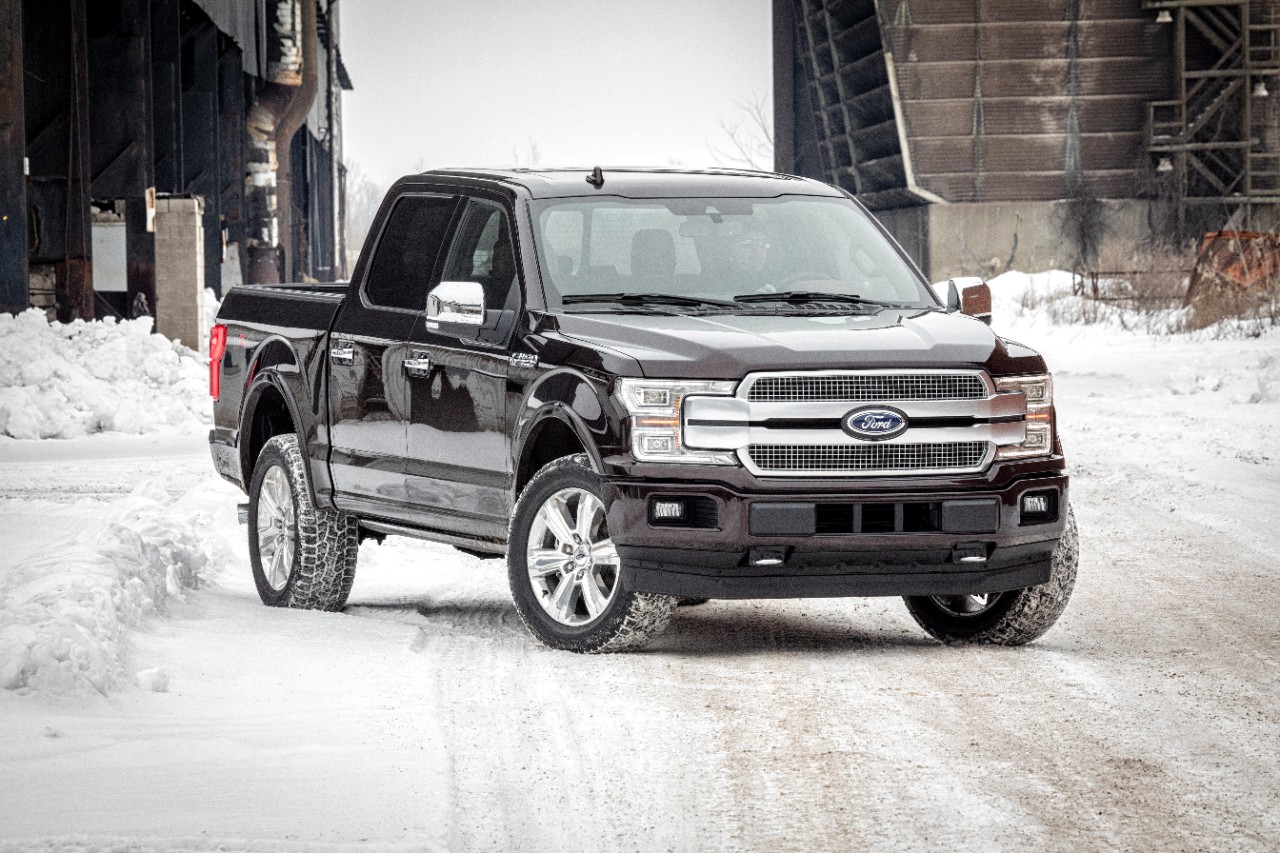 It seems like only yesterday that Ford Motor Company pulled the sheet off the all-new F-150, bearing a revolutionary aluminum body structure, EcoBoost V6 power, and a new level of functionality. It didn’t take long for the next chapter of Ford’s 40-year reign at the top of the truck market to be written, as the 2018 F-150 has been officially unveiled just ahead of the 2017 North American International Auto Show here in Detroit, Michigan. The 2018 Ford F-150 design changes are mild, but notable. They include new grilles, headlamps and bumpers aimed to emulate a visually wider stance (as if these half-ton trucks weren’t big enough already). And if you opt for the Sport Package on the 2018 Ford F-150 Lariat, the horizontal bars lining through the middle of the grille are painted body color. On the backside of the 2018 F-150 is a revised tailgate design, and new taillamp designs. There’s a horizontal element to King Ranch, Platinum and Limited versions of the refreshed pickup. Rolling this latest piece of machinery around are the choice of six new wheel options, ranging from 17 to 22 inches in diameter. The aluminum body stays put. Along with adding the Dark Marsala interior hue for F-150 Platinum, a “Navy Pier environment” (?) for the F-150 Limited, carbon fiber appearance appliques on F-150 XLT Sport and Lariat Sport models, and new Kingsville Appointed seats for the F-150 King Ranch, there’s a plethora of new technology enhancements. These include adaptive cruise control that’s both radar and camera-based, as well as pre-collision alert. Each feature is a segment exclusive. Additionally, the 2018 Ford F-150 finally adds 4G LTE Wi-Fi, and an optional Bang & Olufsen PLAY audio system. Modernizing the infotainment aspect is the available SYNC 3 with FordPass that is both Apple CarPlay and Android Auto compatible.

Now for the fun stuff. The 2018 Ford F-150 sees significant powertrain revisions, including new engine introductions and standard stop/start across the lineup. We’ll begin with mentioning an all-new, 3.3L V6 engine, with direct-injection. It will be the base engine, and is expected to offer the same 282 horsepower and 253 lb.-ft. of torque as the 3.5-liter V6 it replaces. Next is an all-new 2.7L EcoBoost engine, which introduces both advanced dual port and direct injection technology, reduced internal friction and improved robustness. These enhancements all add to the bottom line of improved levels of output, efficiency, quality and durability. We’ve reported on Ford working on engines that feature both port and direct injection, and it looks like this new 2.7L EcoBoost engine is the first to roll out. The 2.7LEcoBoost will be paired to the segment-exclusive 10-speed automatic transmission for 2018, as will the unchanged 3.5L EcoBoost.

The 5.0L also features enhancements that Ford says increase both the power and torque levels. But aside from stating that it will be paired with the 10-speed auto, mums the word on more details. And if you were looking for a hybrid, well, that’s not until the 2020 Ford F-150.

Lastly, as mentioned in the title, there will be a 3.0L Power Stroke diesel engine that will debut on the 2018 Ford F-150 for the first time. Like the 5.0L Coyote V8, the details are currently slim, but it will be mated to the 10-speed.

The 2018 Ford F-150 is expected to launch in the fall of 2017. It will be American built at both the Dearborn Truck Plant in Michigan, and the Kansas City Assembly Plant in Claycomo, Missouri. We can’t wait to see what this new truck can do. 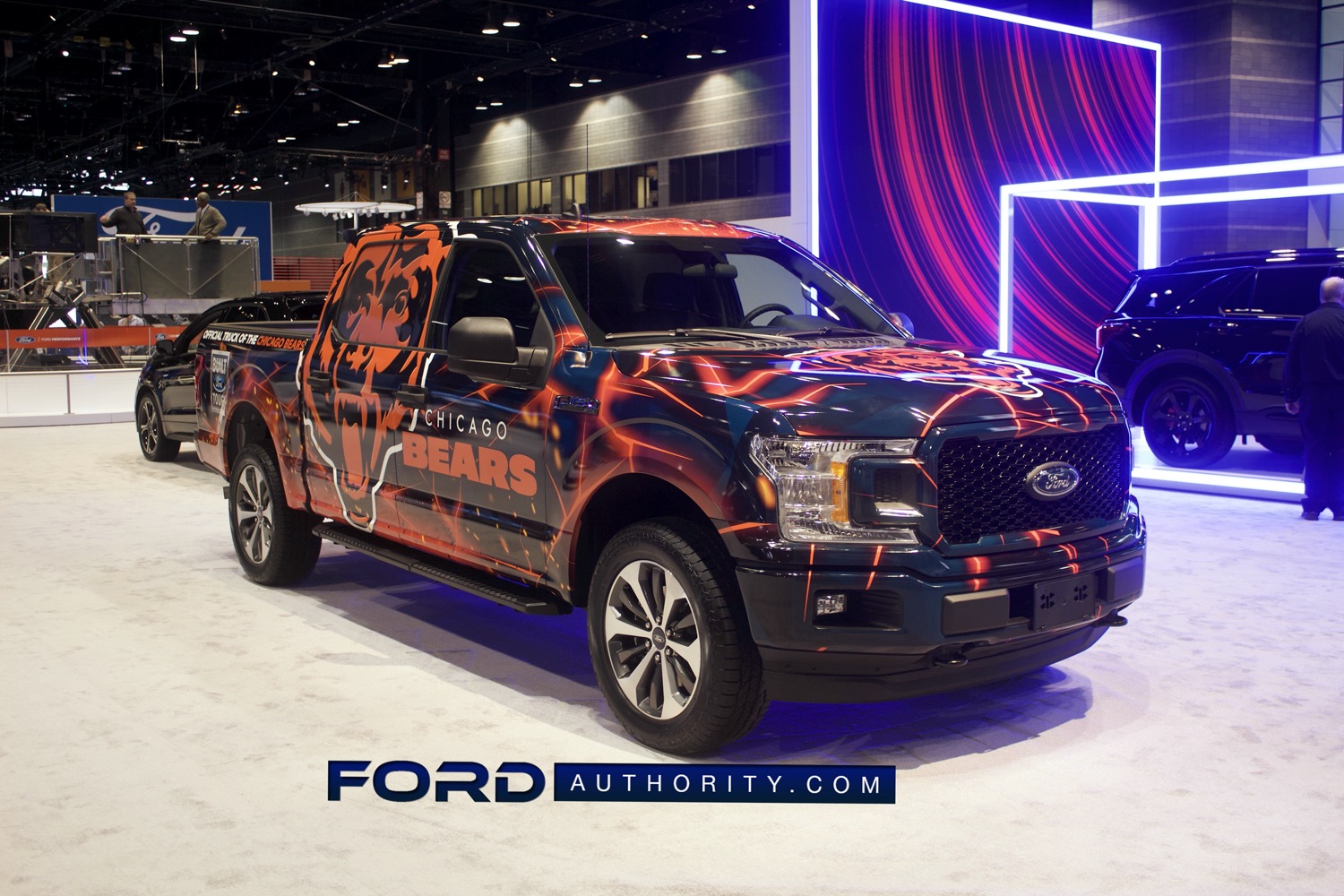