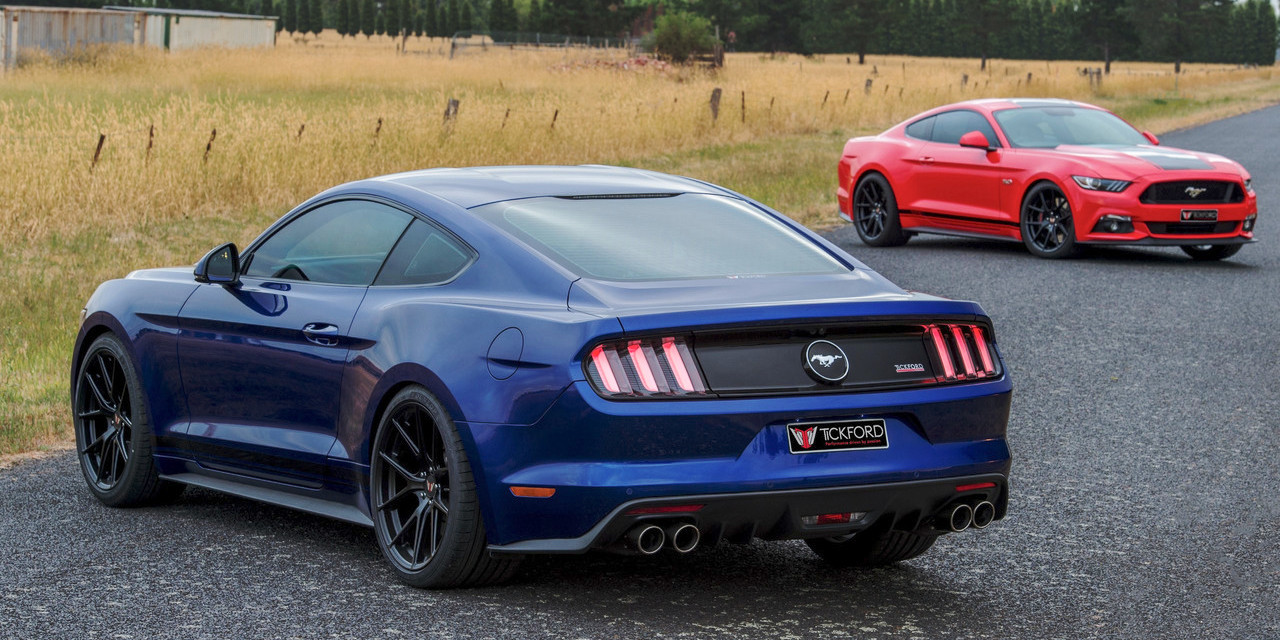 After a long leave of absence, Australia’s “Tickford” tuner brand is back in full swing, revealing new performance upgrade packages for both the “GT” and “EcoBoost” models of the S550 Ford Mustang.

In addition, the package includes a special rear diffuser, a Tickford exterior badge, a build-number plaque, and a driveline warranty.

Tickford’s new Ford Mustang Power Packs are both priced at $6,990 Australian including Goods and Services Tax (GST). Of course, Tickford won’t stop here; additional upgrade packages that target the Mustang’s handling and appearance separately are also in the works, and will hopefully be revealed within the coming months. Stay tuned.

DSPORT Makes A 2015 Ford Fiesta ST Most Potent For SEMA