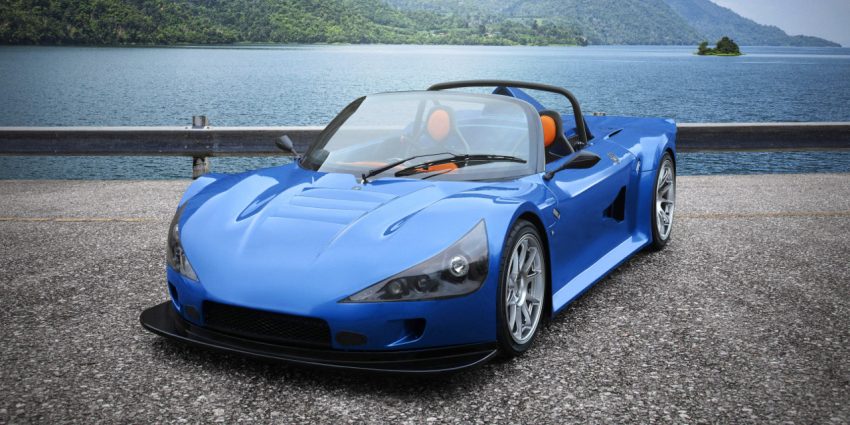 It was about a year ago at the 2016 Autosport International Show in the UK that a pre-production car dubbed the “Avatar Roadster” was first unveiled to the world. Built by British startup Avatar Sports Cars, the Roadster was intended to be a high-performance track toy, packing the punch of a Ford EcoBoost engine (2.0L or 2.3L), with lightness afforded by a tubular spaceframe chassis and fiberglass bodywork.

This week, at the 2017 Autosport International, a production-ready version of the EcoBoost-powered Avatar Roadster was shown at last, featuring some 250 changes from its pre-production form. The list includes things like a revised steering ratio, better cabin ergonomics, and even a redesigned suspension geometry, according to Motor Authority.

“We listened and have responded to our customers who loved the superb performance and fine handling but wanted more refinement and features so they could use the car for more than just track days,” says Avatar Sports Car Director Dylan Popovic. “We’ve smoothed the raw edges to create a much more rounded package.”

Avatar says that with the Ford Focus ST’s 250, horsepower, 2.0-liter EcoBoost I4 installed, 60 mph comes up in a scant 4.0 seconds. For the 350-horsepower 2.3L from the Focus RS, that time drops to 3.6 seconds. The car can be customized pretty extensively beyond the powerplant, too, with options including aerodynamic aids, a stiffer suspension, limited-slip diff, roll cage, and data logger. The standard 6-speed manual can also be dropped for a 7-speed sequential with paddle shifters.

Just 50 examples of the Avatar Roadster will be built, with pricing starting at £39,990 (about $49,000 US). Intrigued Americans probably shouldn’t hold their breath for a US release.