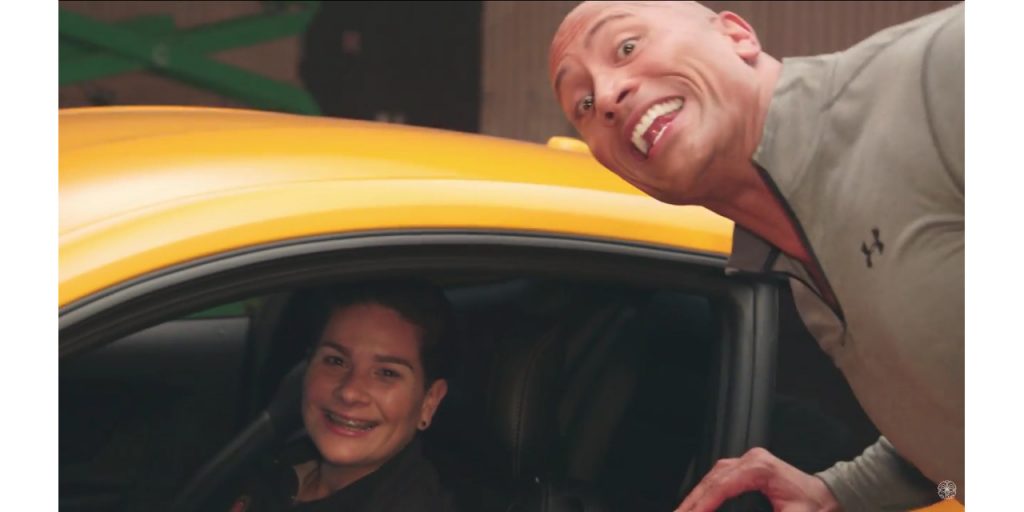 By all means, Ford Motor Company could have introduced the refreshed, 2018 Ford Mustang in the normal way, hosting a press conference at the 2017 North American International Auto Show complete with loud, hype-building music and flashing lights.

Instead, Ford decided to do something a bit more meaningful, unveiling the facelifted 2018 Mustang by teaming up with Dwayne “The Rock” Johnson to surprise an Iraq War veteran by the name of Marlene Rodriquez with an early example of the new car.

Ms. Rodriguez served three tours, surviving two encounters with IEDs, and receiving a Purple Heart after suffering a severe traumatic brain injury during the second. “I wanted to stay in,” she says, “but I don’t think it was going to happen.” Ford invited her out to Detroit to receive a Ford “Go Further” award for her service.

What Marlene didn’t know, however, was that she would be receiving the award from Dwayne Johnson, of whom she is a fan. Nor did she have any inkling that along with the award, she would also be given the keys to a new, 2018 Ford Mustang GT.

The video above is tremendously moving, and we’re having a hard time picturing a better, more significant way to debut a new car. We recommend keeping your box of tissues close.

Ford Motor Company On The ‘Give And Take Of Privacy’: Video