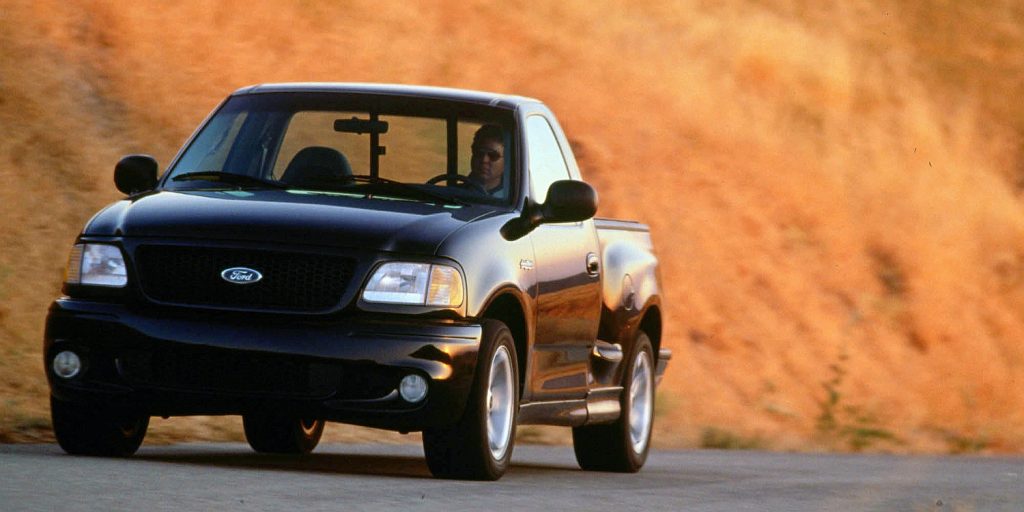 According to Ford, a followup to the F-150 SVT Lightning – a model last seen in 2004 – is definitively “not in the plans” at the present. The model was originally introduced for 1993 as a souped-up street version of the F-150 pickup, available through two generations before being discontinued after the 2004 model-year as the F-150 entered its eleventh generation and became too heavy to practically spawn an SVT Lightning variant.

Car and Driver was all but certain back in 2015 that Ford would introduce a new F-150 Lightning based on the current thirteenth-generation truck, and given the reduction in weight achieved with its aluminum-alloy body, the truck could certainly support it. Nonetheless, Ford has already been inundated by orders for the all-new Raptor model, and has opted to throw its weight behind that performance model rather than introduce a high-performance street truck at great expense that might not perform as well in the salesroom.

Ford Still Plans To Reveal The 2021 Ford Bronco This Spring

Tyrone Johnson: Ford Fiesta RS ‘Definitively Not In The Plan’