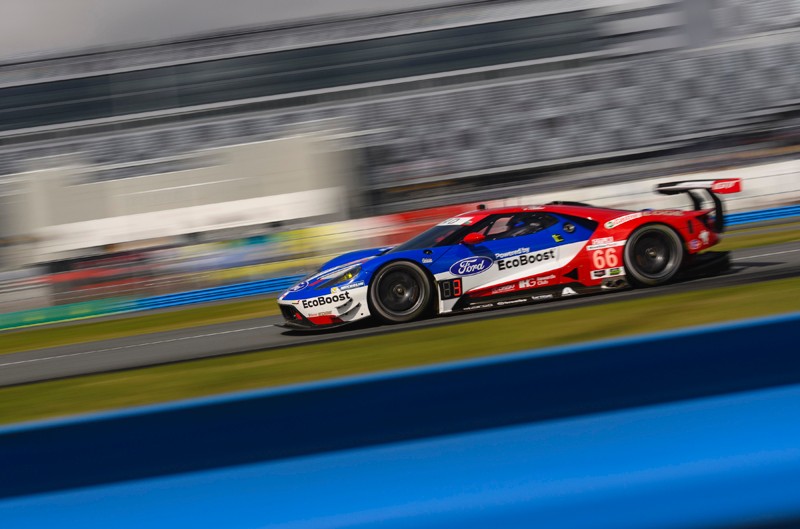 Having a full season of racing under your belt pays off. The four-car effort of Ford Chip Ganassi Racing has qualified in first, second third and sixth for the 55th running the Rolex 24 at Daytona – an impressive showing after the squad struggled with teething problems in last year’s edition of the race.

The fastest GTLM Ford of the qualifying session was the No. 66 Ford GT of Joey Hand and Sebastien Bourdais with Hand posting a lap of 1:43.473 to take pole position. The No. 67 GT was second fastest with a time of 1:43.704 at the hands of Richard Wesbrook, while Olivier Pla rounded out the top three with a time of 1:43.987 in the No. 68 car.

“We’ve made a lot of progress since last year,” Hand said after the qualifying session. “Last year here it was the car’s first race and we didn’t know what to expect and we were just trying to turn some laps and make the thing go the distance. We’ve had time with it now, we’ve won a 24-hour race (in the GTE Pro category at the Le Mans 24). We know the car will go the distance and we’ve been able to spend time on performance, making the car quicker. Today we made a small change (between practice and qualifying) and just went for it, and I felt like we had something, but you just never know.”