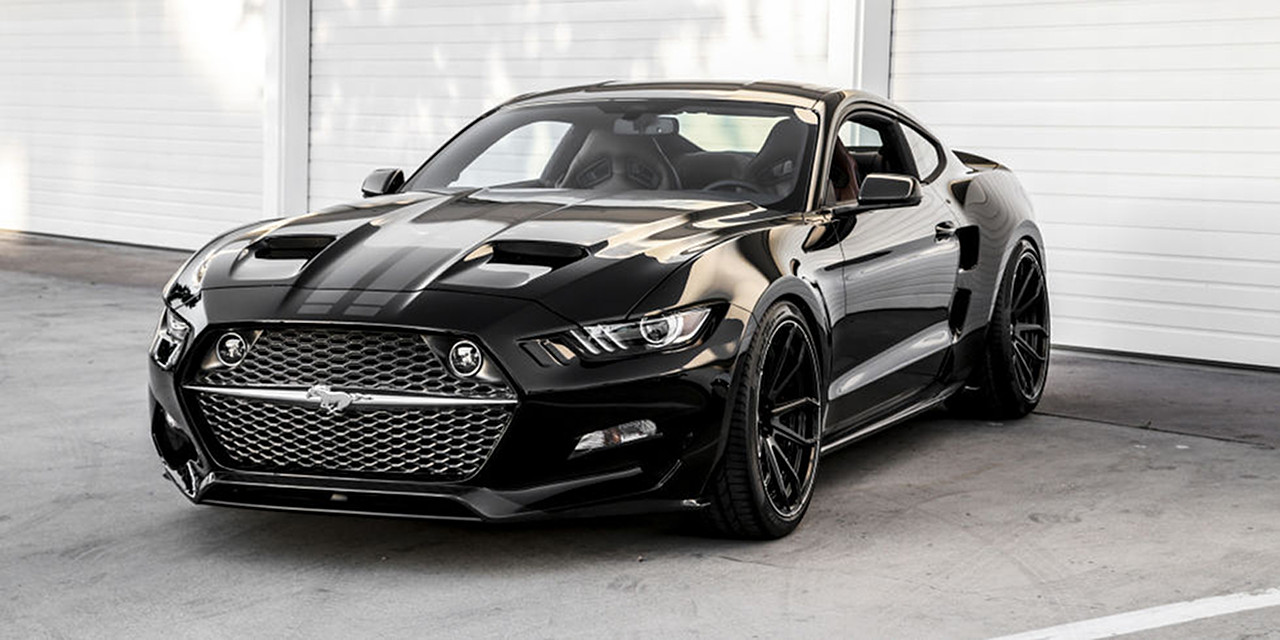 The Henrik Fisker-designed, Ford Mustang-based Galpin Rocket that made its debut at the 2014 Los Angeles International Auto Show has been renamed the “VLF Rocket V8,” reflecting the fact that production will now be handled by Michigan-based car company VLF Automotive.

VLF takes its name from its three founders: Gilbert Villarreal, Bob Lutz, and Henrik Fisker. The company’s past works include an LS-powered version of the Fisker Karma named “Destino,” and a Viper-based supercar dubbed the “Force 1.”

The VLF Rocket V8 is a current-generation Ford Mustang GT underneath, with a stunning carbon-fiber body designed by Fisker and built by Metalcrafters, Inc. Its supercharged Ford 5.0-liter spits out 725 horsepower and 700 lb-ft of torque, which is enough to catapult the car to 60 mph from a standstill in just 3.5 seconds. A front splitter, rear diffuser and integrated rear spoiler all help provide downforce.

According to Motor Authority, Galpin Auto Sports is still involved with the Ford Mustang-based supercar as the exclusive dealer in California, but in the future, VLF Automotive will appoint dealers in other American states – and other countries. In fact, Galpin CEO Beau Boeckmann says it was because there might be demand for the Rocket V8 overseas that they decided to pass the car to VLF.