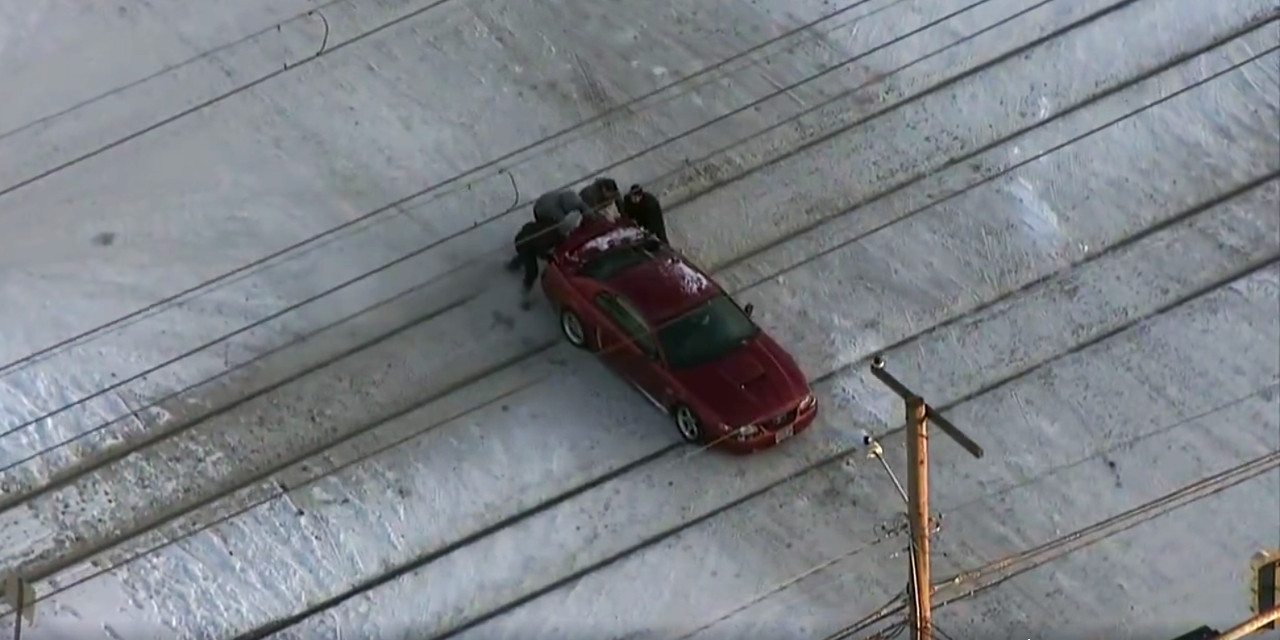 A quartet of good Samaritans in Portland, Oregon saved a Ford Mustang and its driver from a potential disaster on Friday, helping to push the car off of the train tracks where it was stuck, just seconds before a train came through.

Local news station KATU2 reports that the red Mustang was just one of multiple cars to get stuck on the train tracks, owing to snowfall in the region. The station spoke to physical therapy student Andrew Rasmussen, who watched the events unfold.

“We saw a red mustang coming down the road,” said Rasmussen. “It was fishtailing a little bit. It got to that stop light up there. It went to go across those max tracks and got stuck.” As the train approached, “about four or five people rocked the car to get it off the tracks in about 10 to 15 seconds before the max came by,” he said.

Without proper winter tires, rear-wheel drive cars like the Ford Mustang are especially prone to getting themselves stuck in snow – not to mention more difficult to handle when traction is lost. We here at Ford Authority salute the four good Samaritans who helped to save this Ford Mustang and its driver last week.