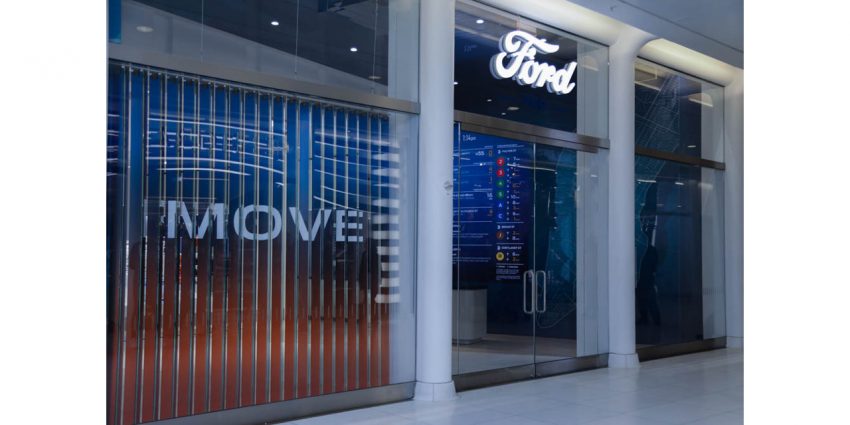 When Ford introduced the concept of FordPass at the 2016 Detroit Auto Show, the automaker informed the press that the concept went beyond the eponymous mobile app, and would come to include physical spaces called “FordHubs,” where customers and non-customers alike could stop by and experience the brand’s latest vehicles and services.

Now, more than a year later, Ford has opened its first FordHub experience studio at Westfield World Trade Center in New York City. It’s a space “designed to spark questions and curiosity,” according to Ford’s Global VP of Dealer and Consumer Experience, Elena Ford. “This isn’t a store or a dealer – it’s a place for participation and creativity. We want people to have fun while engaging in conversation about the future of transportation.”

The exact purpose of this first FordHub is perhaps a bit difficult to nail down, but it’s chock full of exhibits that relay Ford’s plans to expand the mobility arm of its business. For example, a world map lets visitors check out some of the company’s near-term Smart Mobility advancements, such as self-driving technology, electric vehicles, connected-vehicle tech, ride-sharing, and ride-hailing. Another map displays real-time traffic information pertaining to New York City, including train and ferry movement, and new alerts.

But some of the FordHub exhibits are aimed at delivering fun, as well. A game called the “Last Mile Challenge” has visitors stand on wobbleboards while commuting through a virtual, futuristic world using different modes of transport like autonomous cars and e-bikes. An exhibit called “Mustang Over Manhattan” lets visitors put on a VR headset and construct a Ford Mustang virtually atop the Empire State Building.

“We see this as an active, dynamic space, featuring innovations we have today and others we are exploring for tomorrow,” says Elena Ford. “We want consumers to join us and be part of creating the world’s mobility solutions.”