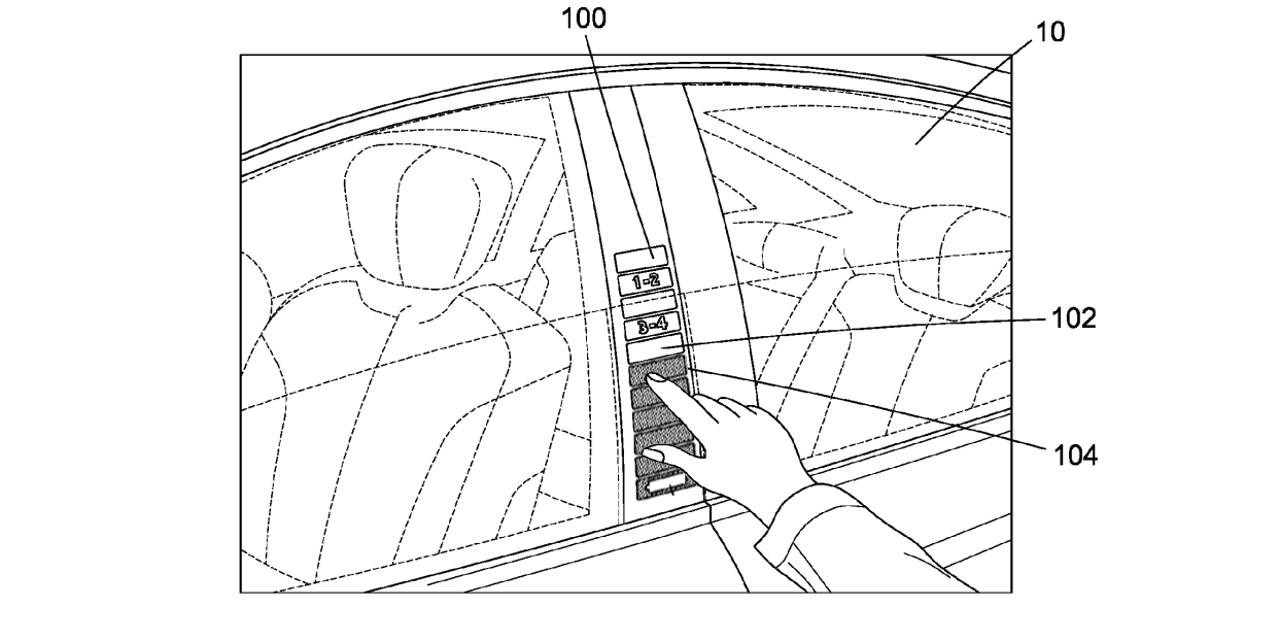 Although the 1990s are dead and gone, the car-lock keypad lives on. Now, Ford has given us a look at a fresh new twist that could affect the B-pillar keypads of some future, electrified Ford models, in the form of a recent patent filing.

Roadshow reports that the patent, published on January 19th, describes a mostly-typical access keypad located on the B-pillar of a plug-in or battery-electric model, which has the added functionality of being able to communicate the car’s current charge status by illuminating certain regions. If the numbered buttons were stacked vertically on the car’s B-pillar, for example, they could illuminate from bottom to top, showing the state-of-charge relative to a “full bar.”

Ford’s charge-displaying access keypad patent is timely, considering the automaker’s planned $4.5-billion investment into electrification over the next few years. At the 2017 Consumer Electronics Show earlier in the month, Ford announced seven of the 13 new hybrid, plug-in-hybrid, and battery-electric models it plans to introduce by 2020. One or more of those models could benefit from something like the access keypad described.