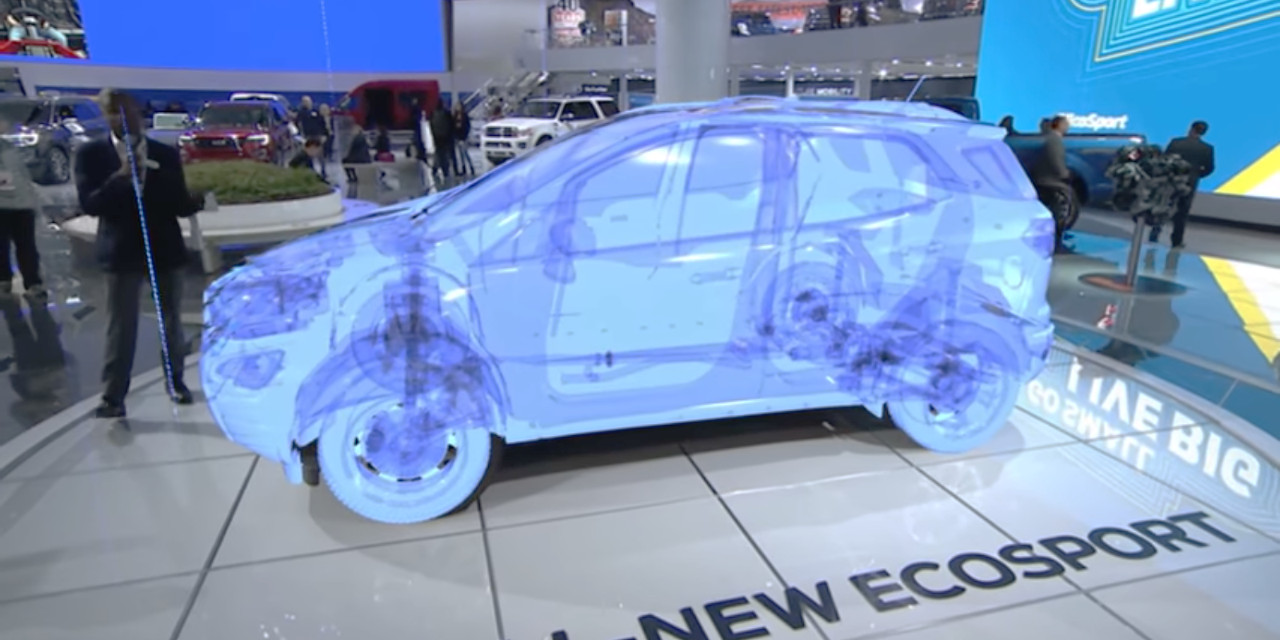 Ford’s got a flashy, sophisticated trick up its sleeve for the 2017 North American International Auto Show in Detroit: augmented reality.

“Think of augmented reality as the blending of virtual reality with real life,” says Ford Global Auto Shows Manager Garett Carr. “It’s like having x-ray vision, with the power to take people deeper into our product and technology stories – it feels a little like magic.”

Probably the most popular example of augmented reality for most younger adults is the Pokemon GO mobile game, although we’re sure the AR experience Ford is hosting at its NAIAS booth is at least a tad more sophisticated. In most augmented reality systems, generated, virtual visuals supplement real-life images in real-time, adding an extra layer on top of what the user is actually experiencing. Ford says that the AR experience at their NAIAS booth this year will allow showgoers to witness a Ford GT racing through a wind tunnel, a demonstration of Ford’s new 10-speed automatic transmission, and a “view into how the all-new EcoSport goes small and lives big,” whatever that means.

Also on display at the Ford booth this year: Ford’s second-generation Fusion Hybrid autonomous test vehicle, a Reebok Ford Transit “FitTruck” upfitted into a mobile gym, and a kid-friendly Spark!Lab “invention area” where visitors can experience the “future of mobility” in a virtual-reality theater.