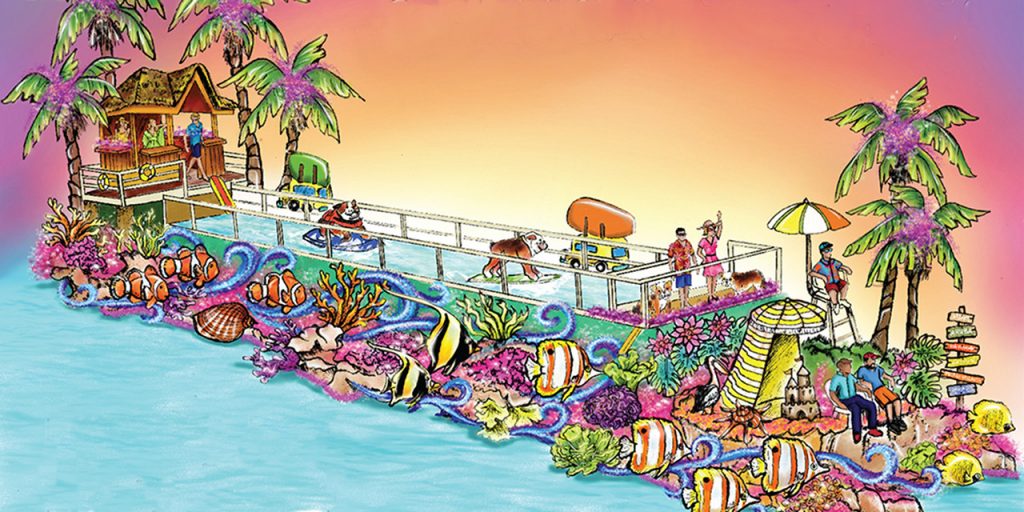 Today in Pasadena, California is the 128th Rose Parade – an annual celebration ahead of the Rose Bowl college football game. One of the floats there has set new Guinness World Records for its immense weight and length.

At more than 137,000 pounds and over 125 feet long, the Lucy Pet Products float is the heaviest and longest parade float the world has ever seen. And powering the float, of course, is a Ford Motor Company powertrain.

More specifically, the float is propelled by the 6.8-liter petrol V10 and 6-speed TorqShift automatic transmission from the Ford F-650 and F-750 Super Duty models. In those vehicles, the engine produces 320 horsepower and 460 horsepower. Common applications for the Ford V10 outside of setting new world records with parade floats include construction, utilities, and garbage collection.

“Ford is proud to power the world’s longest and heaviest parade float,” says Ford Super Duty Fleet Marketing Manager Kevin Koester. “As the US commercial vehicle sales leader for 31 years, we’ve seen a lot of applications for our vehicles – but hauling the world’s longest, heaviest parade float certainly stands out. With the broadest line of commercial vehicles available, Ford has you covered, whether you need a truck to haul soda, sand or surfing dogs.”

More About That Float

Yes, you read that right: “surfing dogs.” Lucy Pet Products’ Gnarly Crankin’ K9 Wave Maker 2017 Rose Parade float has a 5,000-gallon water tank onboard with a portable wave generator. Eight dogs will surf the waves as the float makes its way through the route today, while a lifeguard up top directs the driver stationed below, who is effectively driving blind.

Lucy Pet Products is a Thousand Oaks-based business whose proceeds benefit The Lucy Pet Foundation: an organization committed to reducing pet overpopulation in the US.