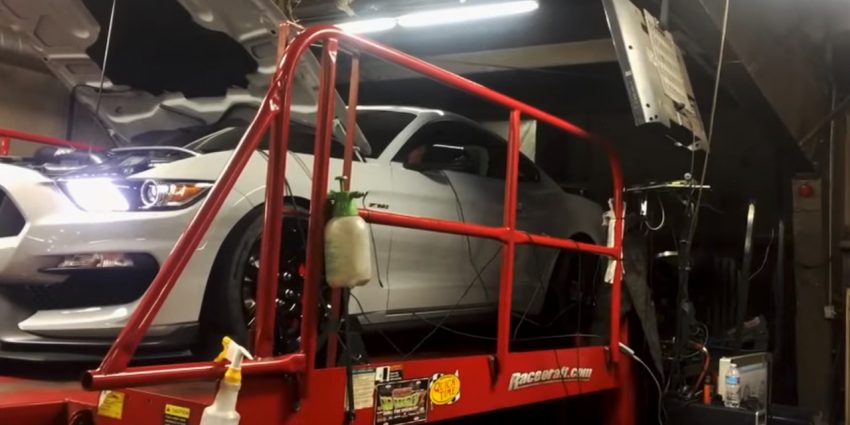 A new video from American performance outfit Hellion Power Systems shows what happens when tuners get a bit too carried away – in a good way.

Equipped with a Hellion twin-turbo kit, the Shelby GT350R that the company captured testing on a dynamometer makes a staggering 1,081 horsepower at the rear wheels. The Shelby GT350R’s 5.2-liter Voodoo V8 is factory rated at a mere 526 (crank) horsepower.

No Hellion Eliminator twin-turbo kit is currently listed for the Shelby GT350R on the company’s website, but one intended for the 2015+ Ford Mustang GT model is priced at $8,995. With that, you get two billet 62mm turbochargers from Precision Turbo & Engine, a dual-inlet intercooler, and a pair of Turbosmart Vee Port bypass valves. Hellion says the kit is capable of supporting up to 1,200 horsepower on the Mustang GT.

Be sure to experience this Shelby GT350R’s truly awesome potency for yourself in the video above.