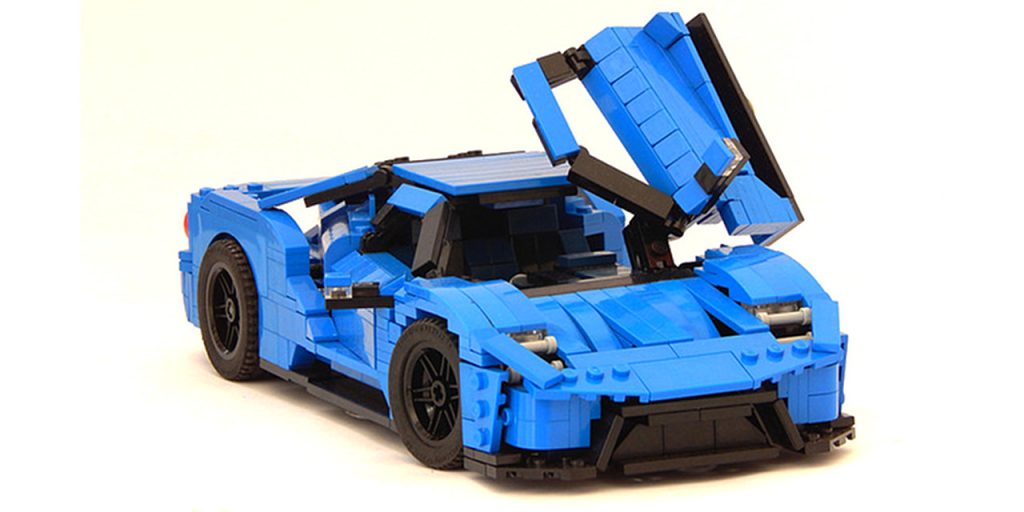 A plastic-brick enthusiast by the name of Alex Paschoaletto has submitted his Lego rendition of the all-new, 2017 Ford GT supercar to the Lego Ideas website, and from the photos, it arguably looks even better than the official kit revealed last year.

Incorporating roughly 950 pieces from existing Lego kits, Alex’s Ford GT model is approximately one-seventeenth the size of the real-life supercar, and features opening scissor doors, and an opening trunk and hood. The new supercar’s intricate aerodynamic details – downforce-generating channels, rear buttresses, etc. – have all been recreated, and the model’s overall proportions don’t look too far off from those of the actual road car.

The result is a Lego Ford GT recreation that looks good enough to sell.

And that’s just what Alex is hoping for. His Ford GT kit proposal currently has more than 5,800 votes of support of the 10,000 needed to be considered for production and sale by Lego, with 279 days left on the Lego Ideas website. We’ve little doubt the kit will amass enough supporters within the remaining time.