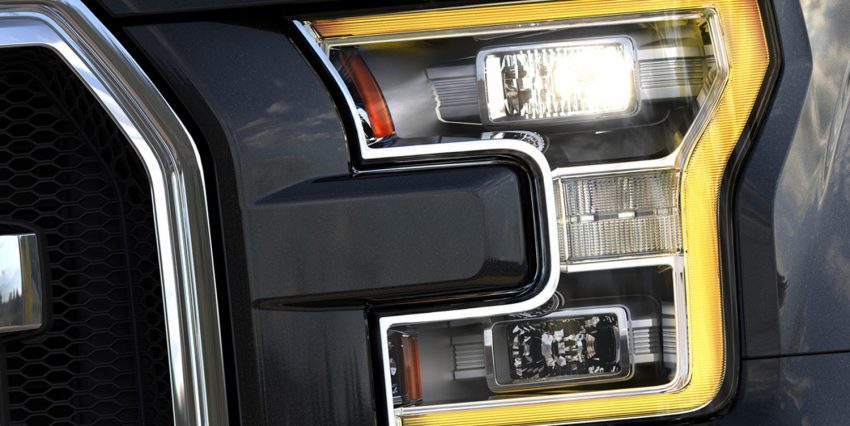 The Ford F-150 light-duty pickup truck is expected to receive a mid-cycle refresh for the 2018 model year, and with any luck, we won’t have to wait too long to see it; the 2017 Detroit Auto Show is right around the corner, and seems a likely venue for its official unveiling.

Its impending debut hasn’t stopped spy photographers from snapping all the photos they can of camouflage-wearing prototypes. The latest gallery can be seen on website Motor1.com.

What stands out most immediately in the new Ford F-150 spy photos is a new, two-bar grille reminiscent of that worn by the 2017 F-Series Super Duty. The two pieces are very clearly not interchangeable, the grille on the Super Duty being more square, its bars more evenly spaced, but the familial resemblance is there. The headlights, while retaining the same general bracket shape, have been redesigned to accept the ends of the two grille bars.

Out back, the changes are less obvious. The tailgate looks smoother than on the current production Ford F-150, which wears a few creases, and according to Motor1, the handle has been redesigned. That the bumper and taillights are covered suggests that updates could be in store for those elements.

We just learned yesterday that a hybrid version of the Ford F-150 pickup is definitely in the pipeline; rumor has it that the truck will soon gain a diesel engine option, as well. Stay tuned as we wait for indisputable confirmation of the latter.