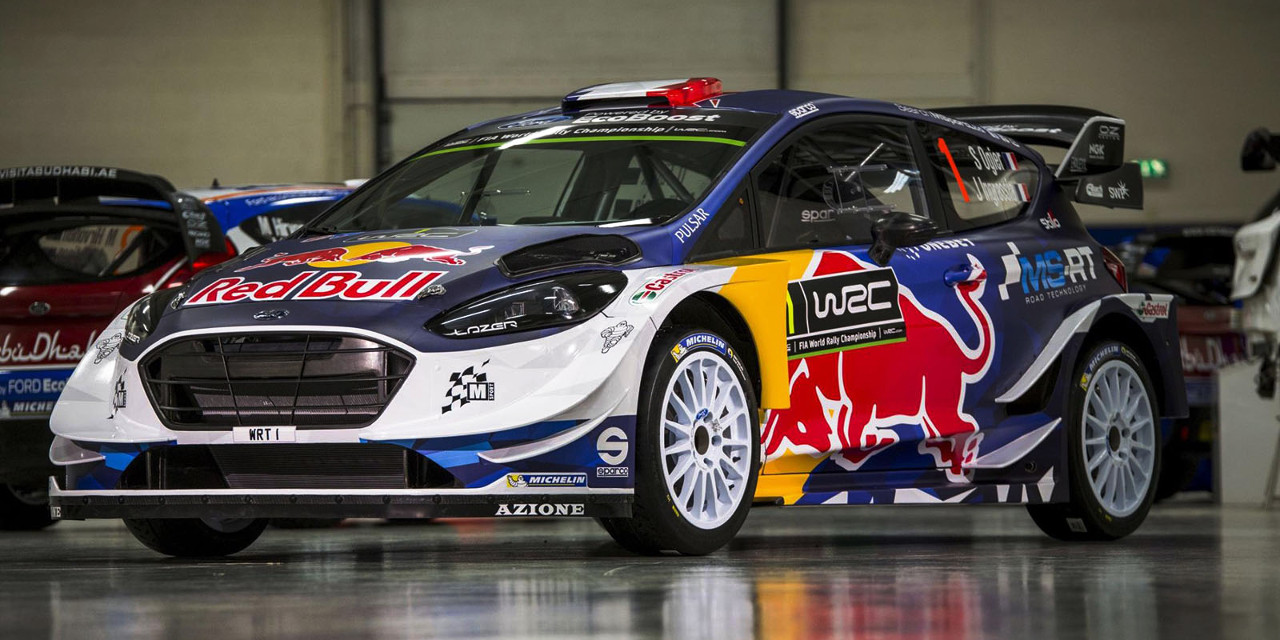 The brand-new, rally-spec M-Sport Ford Fiesta WRC is in second after the first stage of the 2017 Rallye Monte Carlo – the first round in the World Rally Championship season.

With Sébastien Ogier at the wheel, Ford Fiesta WRC No. 1 completed the first stage seconds behind Thierry Neuville in the No. 5 Hyundai i20 WRC. M-Sport teammates Ott Tanak and Elfyn Evans, in the Nos. 2 and 3 Fiesta WRC entries, are currently in fifth and sixth, respectively.

On Thursday, what was supposed to be the first stage of the Rallye Monte Carlo was canceled after a different Hyundai i20 WRC hit a patch of black ice and slid up an embankment, causing the death of a spectator, reports Motorsport.com. Another 15 stages are left remaining.

The 2017 Ford Fiesta WRC is based on the all-new 2018 Fiesta subcompact, although it’s all-wheel-drive, and packs about 385 horsepower and 330 lb-ft of torque under the hood. Shifting is done with a 6-speed sequential gearbox, while an active center differential distributes the torque to the front and rear axles. The suspension and brakes, needless to say, share practically nothing with the road-going car.

“We feel that we have produced another fantastic car, but no one really knows what will happen until all the teams meet for the first time in competition,” said M-Sport Team Principal Malcolm Wilson OBE before the start of the Rallye Monte Carlo. “You can feel the anticipation, and rightly so. This is going to be a spectacular year of rallying, and we find ourselves with the strongest driver line-up that we have had in years.”