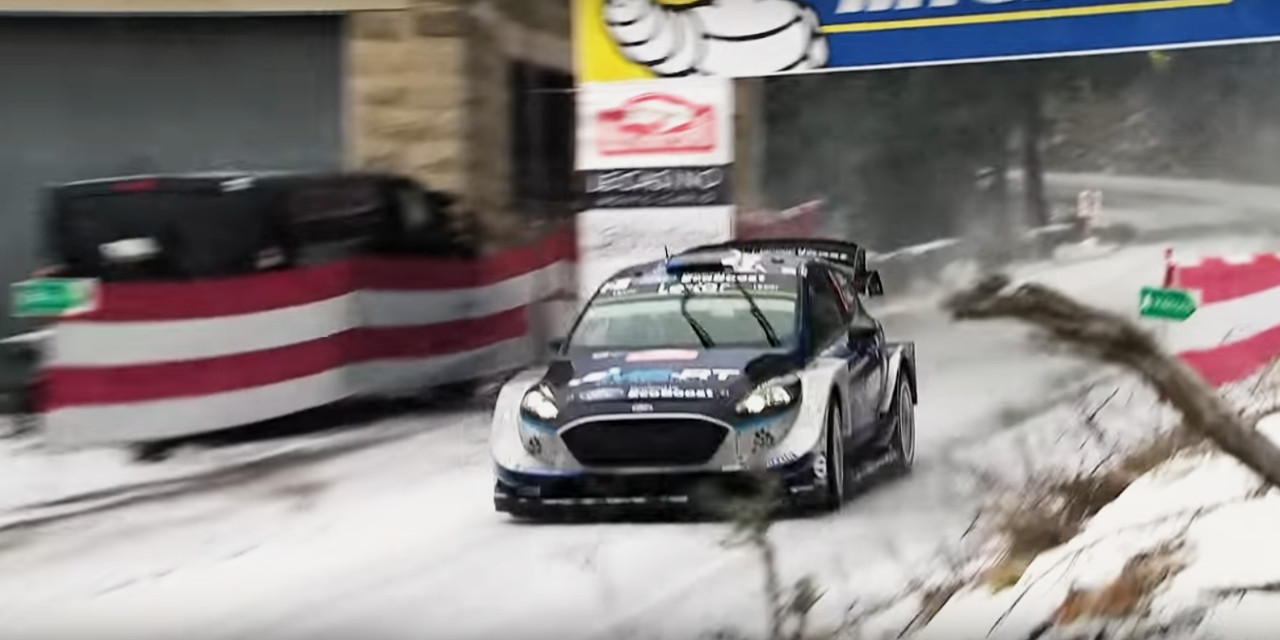 With Sébastien Ogier at the helm, the No. 1 M-Sport Ford Fiesta WRC finished last week’s Rallye Monte Carlo in first, cementing its status as a formidable entrant in the series. The car ended up posting a finishing time more than two minutes quicker than the second-place finisher, and bookmarking the other end of the podium was the driver of the No. 2 M-Sport Ford Fiesta WRC: Ogier’s teammate Ott Tänak.

Tänak’s performance in the Rallye Monte Carlo was perhaps especially impressive, as Jalopnik reports that his WRC-spec Ford Fiesta was down two cylinders in the final stage, putting him in jeopardy of losing his place on the podium. His response, apparently, was to drive flat out, and some immense skill and practiced control helped him secure third, despite a colossal impediment.